Rwanda: Afrobasket 2021 - Robeyns Speaks Out on His Impressive Debut for Rwanda 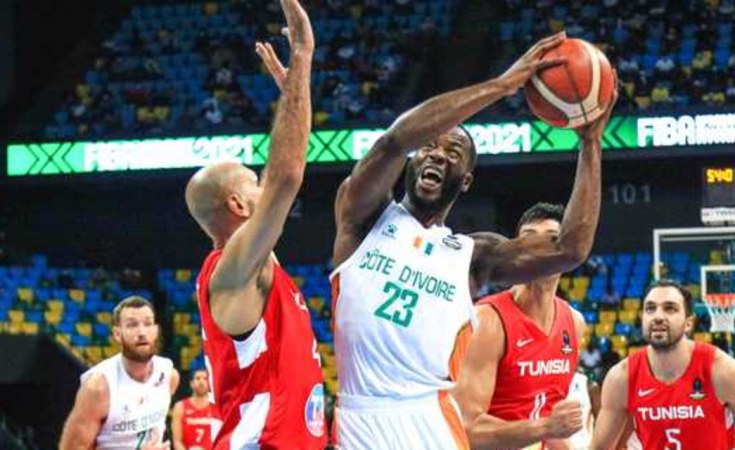 Joseph Kanyi / Nation Media Group
Ivory Coast's Cedric Bah, centre, attempts to make a basket against Tunisia during the final match of the 2021 Fiba AfroBasket Championship at Kigali Arena in Rwanda on September 5, 2021.
The New Times (Kigali)
By Damas Sikubwabo

Belgium-based power forward William Robeyns says he is happy with the contribution that he made in debut for Rwanda, where he contributed a game-high 23 points as the national team defeated the Democratic Republic of Congo (DRC) on Tuesday, August 24.

Rwanda won the game 82-68, in the presence of President Paul Kagame, among other fans who turned up on the evening.

This was Robeyns' first competitive game in national colours, and the 25-year-old expressed delight at the feat.

"I am very happy with the way we behaved in the first game, especially for me because it was my first time playing for Rwanda," he said in a post-match interview.

"The coach called me in July and I accepted the invitation and I started training with others and I found the team to be very good," he added.

In addition to the 23 points he scored, Robeyns also made two assists, four steals and three rebounds.

"For this match, we had no fear. We had confidence and concentration, though we knew that it was going to be a hard game," he said.

With the victory against DRC, Rwanda tops Group A ahead of facing Angola on Thursday, August 26.