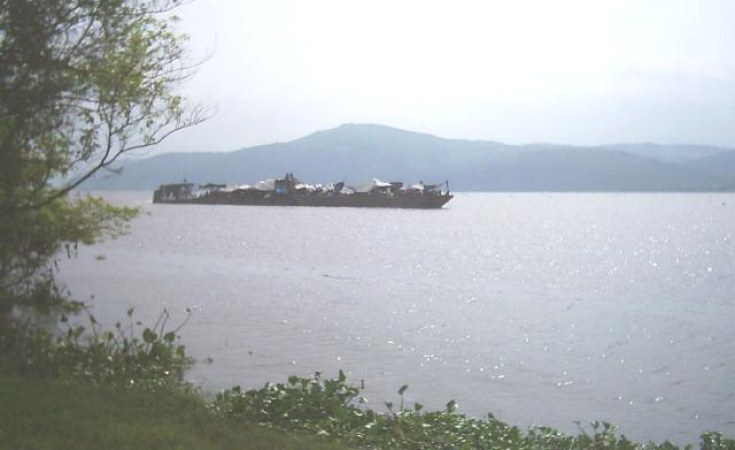 Vberger/Wikimedia Commons
The Congo River as it flows past the Maluku commune (file photo).
The Nation (Nairobi)
By Patrick Ilunga

Kinshasa — Authorities in the Democratic Republic of Congo (DRC) have pointed an accusing finger at a mine in Angola for polluting two tributaries of the Congo River, the second longest in Africa.

A preliminary investigation by Congolese authorities showed that a leak from the Catoca diamond mine in Angola is responsible for polluting the Tshikapa and Kasaï rivers, which had reportedly turned red.

DRC says pollution has harmed the health of the inhabitants of Tshikapa in Kasai province, causing diarrhea. Reports from villagers in central Congo said the chemicals killed fish and hippos since July.

A report from the Congolese Institute for Nature Conservation also says "other large mammals like buffaloes have been affected".

For their part, Angola admits that its largest diamond mine has suffered damage. The government says it was informed of this by mining company Catoca.

In DRC, there are fears of consequences on the health of populations and the environment around the rivers.

The government dispatched environment minister Eve Bazaiba to Tshikapa, as well as health services and parliamentarians.

"DR Congo has, from a diplomatic point of view, seized the Angolan government for a mixed assessment of this situation with a view to drawing the consequences", said Patrick Muyaya, a Congolese government spokesperson.

For now, Congolese authorities have banned the consumption of water from these rivers to avert a humanitarian tragedy.

In Kinshasa, the authorities fear that the great Congo River will be polluted too, which would affect several provinces in DRC.