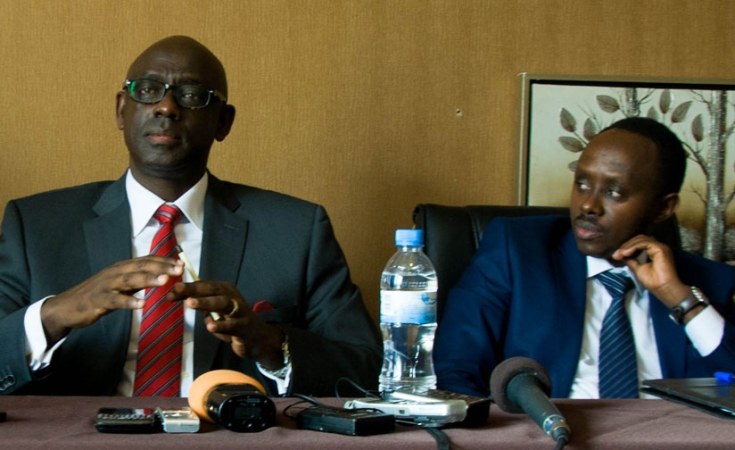 Rwanda's President Paul Kagame has sent long-serving Justice minister, Johnston Busingye, to London where he will serve as Rwanda's ambassador.

The post for Minister of Justice remains vacant for now, as the mini cabinet reshuffle on Tuesday did not name a replacement for Mr Busingye.

Former Ambassador to the UK, Yamina Karitanyi, will now jet back to Rwanda and head the Rwanda Mines, Gas and Petroleum Board.

It is the first time that Mr Busingye is named as an ambassador, having served as the Minister of Justice since 2013 and previously served as President of the High Court, among other posts in the justice sector.

"I humbly express my deep gratitude to HE Paul Kagame for the honour and privilege to serve as our Nation's next High Commissioner to the United Kingdom. I commit to give it my all and to do what it takes to take Rwanda to even greater heights," Mr Busingye said.

He has been at the helm of several justice reforms in Rwanda, which included the Universal Periodic Review Exercise by the United Nations under which Rwanda accepted to implement 50 human rights recommendations.

President Kagame made several other changes at the top level of Rwandan politics.

In the mini cabinet reshuffle, the CEO of Rwanda Mines, Gas and Petroleum Board, Francis Gatare, was transferred back to the President's Office where he will serve as Kagame's Senior Economic Advisor.

He has previously served as CEO of Rwanda Development Board and as chief economist in the Office of the President.

Thierry Mihigo Kalisa was named Chief Economist at the National Bank of Rwanda.