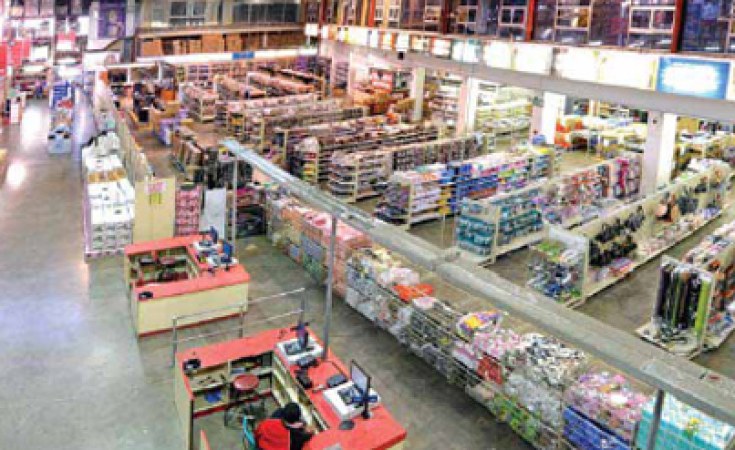 South African retail giant Massmart that operates the Game Stores has revealed its plan to sell its stores in Kenya, Uganda and Tanzania, marking the latest of a string of retreats from East Africa by a southern African firm.

The Johannesburg Stock Exchange-listed retailer announced on Friday it had put up 14 Game stores in East and West Africa for sale, citing a need to focus on its "core strengths" as the group's losses narrowed during the half-year ended June 2021.

Massmart chief executive Mitchell Slape said the chain had begun a formal sales process to divest in five Game stores in Nigeria, four in Ghana, three in Kenya, one in Uganda, and one in Tanzania.

"We have reached the conclusion that the performance and complexity in running the 14 stores in five markets in the East and West Africa is something frankly that we needed to address," said Mr Slape during the group's virtual financial results presentation on Friday.

The exit plan ends a five-year stint for the Sandton-headquartered retailer in Kenya and further extends the poor run by South African retailers and companies who have faced headwinds trying to crack the local market.

Mr Slape said the company was in advanced discussions with potential purchasers to take over its Game stores in Kenya, adding that the country alongside other regional markets remain a difficult business environment.

He did not disclose the details, including the value of the transactions and the identity of the potential buyers, which he noted are still subject to negotiations.

Massmart senior vice-president in charge of corporate affairs, Brian Leroni, told Business Daily that the interest of workers and suppliers would be safeguarded in the exit plan.

"We are still in the early stages of this process and are therefore not in a position to comment definitively about a specific way forward," he said.

"Please be assured though that we will act with integrity and in a responsible manner that is respectful of our commitments to our staff, business partners and customers."

Local Massmart representatives said they were unaware of the expected transition.

"Please reach out to them. When we have the information locally it will be published," said a representative at the Games Stores in Nairobi via telephone on Tuesday afternoon.

Massmart, majority-owned by American super chain Walmart, made its debut in Kenya with Game Stores in 2015 with its first store at the Garden City Mall, to cash in on the growing demand for retail outlets in the country. It subsequently opened two other stores at the Waterfront in Karen and the Mega City Mall in Kisumu.

Game stores are fashioned as discount shops that sell fast-moving consumer goods (FMCG) and non-perishable groceries through over 100 outlets in over a dozen African countries.

But Massmart said it would not divest from its Massbuild, the Ksh500 million ($4.5 million) building material store it opened at the Waterfront Mall in Karen, Nairobi last August.

"We can confirm that Builder's is not included in this process," said Mr Leroni in response to Business Daily queries.

Massmart opted to set up its branded stores in Kenya in 2015 after the collapse of its bid to acquire a majority stake in Naivas Supermarkets.

The retail giant had been angling to set up shop in Kenya through acquiring Naivas but ran into headwinds when one of the family members moved to court to oppose the impending sale.

Massmart's planned exit follows previous similar exits of South African retailers Shoprite and their Southern Africa peer Botswana-based Choppies, which had entered the market by acquiring a majority stake in a struggling local retailer in 2016.

This story was first published in the Business Daily.