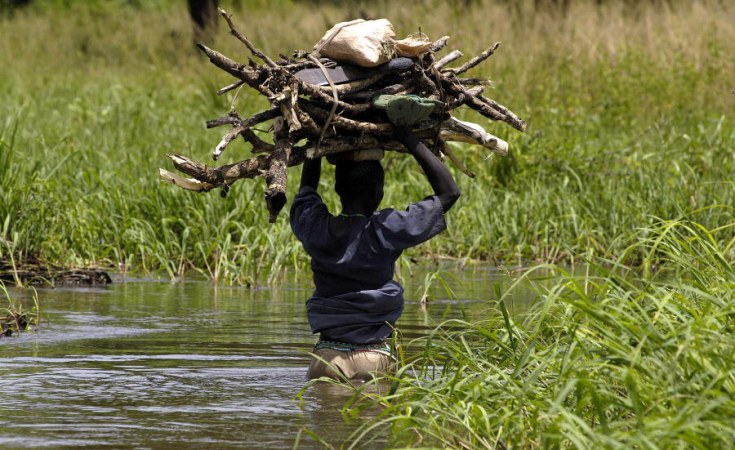 Sudan's recurrent flooding challenges may finally be subsiding as water levels of the Nile and its branches show fewer fluctuations for the first two days of September after reaching critical levels during August. However, the precipitation forecast shows heavy rainfall expected during this month that may affect Nile River water levels in parts of Khartoum, Ed-Deim, and Shendi, according to the Ministry of Irrigation and Water Resources.

Flooding is an annual problem in the country that impacts tens of thousands of people, leading to death, loss of livestock, agriculture losses, and the destruction of properties. For decades the governmental response was focused on post-disaster relief rather than risk reduction measures. The unprecedented, 2020 catastrophic floods were a painful reminder of this lack of preparations. Last year, floods affected around 506,000 people across 17 states in Sudan and killed at least 100 people. In comparison, roughly 80,000 people were reportedly impacted this year, with no reported casualties.

Highest in the Past Century

The flow rate of the Blue Nile is less in 2020 by 1 billion cubic meters, according to Abdul Rahman Saghyroun, from the Floods' Committee at the Ministry of Irrigation and Water Resources. Areas of the Atbara River, which branches from the Blue Nile, indicated increased water flow from 2020 but the water distribution stymied potential flooding.

Water Minister Yasser Abbas announced in a recent press conference that Sudan, for the first time, we're using the "safe release" method from dams to help reduce the intensity of floods along the Nile.

The water flow from the White Nile this year, however, is the highest ever recorded, "surpassing the extreme flow rates found in the sixties," Saghyroun told Ayin. But according to Dr. Modathir Zaroug, Regional Water Resources Expert at the Nile Basin Initiative, an intergovernmental partnership of 10 Nile Basin countries, does not believe the White Nile's high-water levels will lead to extreme flooding. "There shouldn't be a hazard of flooding at Jebel Awlia Dam this year [White Nile] - except in the case of risks associated with the operation of the dam. Last year the disaster happened at the dam since a huge wave came from Lake Victoria at the same time of the Blue Nile flooding," he said.

But there is something more foreboding than the Nile River water levels: flash floods. According to the ministry's Flood Committee, flashfloods represent a greater flood risk than the Nile since they occur rapidly and bring a large amount of water. "I urge citizens to keep an eye on the weather forecast and keep clear from floodplain areas," Saghyroun told Ayin. Residential schemes must stay away from floodplain areas, Zaroug added. "People forget over time the historical flashflood drainage ways - checking risk maps is important to determine areas vulnerable to flash flooding," he said.

Housing schemes are not the only features affected by floodplains in Sudan - some major roads also cross natural water passages, leading to flooding to nearby areas as the water changes its natural course. This phenomenon is unfortunately in Sudan.

"With every rain, cities drown, streets are not correctly mapped, the already poor drainage system is not clean, and there's a lack of sustainable structure. In fact, internal flooding is impacting more people than the flooding of the river. I don't suspect that this year a major flood will occur, however, I expect that internal drainage to be the bigger issue," Zaroug explains.

Legal measures forbidding building in floodplain areas exist, Saghyroun said, but are rarely implemented. Despite well-documented research on residential schemes and natural flooding conducted by the University of Khartoum, more needs to be done to uphold policy and handle this issue.

The floods and the Ethiopian Dam

While the Minister of Water and Irrigation confirmed that the filling of the Grand Ethiopian Renaissance Dam (GERD) did not affect Sudan's floods this year, Ethiopia's opaqueness affected Sudan's flood mitigation strategy. Accurate information pertaining to the level and time of the GERD's filling is crucial for Sudan to operate its dams effectively.

"The lack of information is our greatest issue", Saghyroun told Ayin. Ethiopia declared earlier this year its intention to store 13.5 billion cubic meters (BCM) of water during May and June -only to store 4 BCM during June and July."We had a big issue with this during the time of fighting in the Tigray region; we had no access to any information regarding the operation of the dam at that period," Saghyroun said. In June, Ethiopian authorities told their Sudanese counterparts that the GERD would release water when the rainy season started - with 2.5 BCM to be released within two weeks. But Ethiopia did not release any water on the announced date - forcing Sudan to re-think its operation of Upper Atbara Dam, among others.

Zaroug adds that another issue regarding the GERD lies in filling during dry years - if preparations were not set - the same scenario of 2020 could reoccur. "Dams cascade management in Sudan depends on cooperation and information sharing from upstream states [such as Ethiopia]," he said.

"Water levels in the great lakes region can be monitored for changes in fluctuations, and the same can be done in Lake Tana area, also effectively using early alarming systems, cooperating with regional and international relevant bodies that can provide information and predictions through a partnership with the governmental institutions, and providing capacity building for staff and officials are necessary steps", says Dr. Zaroug.

Following up with weather forecast should also be developed, Dr. Zaroug says, to include cloud duration and rainfall levels, among other measures. The solution, is preparation, not post reactions, he says. "Investing in early warning and response systems will cost way less than losing millions of dollars in addressing the results of the floods. It has been scientifically proven that investment in climate services saves much more money that aid relief after disasters."

Tagged:
Copyright © 2021 Ayin English. All rights reserved. Distributed by AllAfrica Global Media (allAfrica.com). To contact the copyright holder directly for corrections — or for permission to republish or make other authorized use of this material, click here.