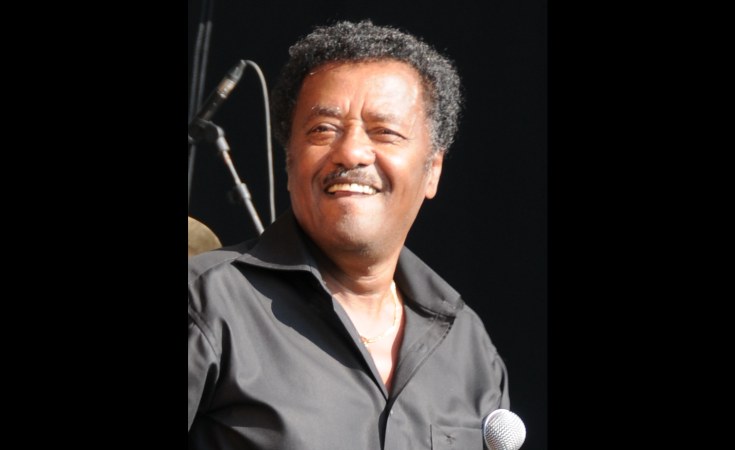 Nicknamed "the Ethiopian Elvis", the musician died of a heart attack shortly after he was admitted to hospital, bringing to an end a musical career that spanned four different political epochs in the country.

He had, five years ago, undergone a heart surgery in Italy to fix blockages in arteries. This forced him to limit his performances.

Born in 1941, the singer was one of the most popular musicians to emerge in the early 1960s. He also played modern Ethiopian music.

Eshete highly influenced Ethiopian modern music through his outstanding pieces that were loved by many. He was actively involved in Ethio-jazz music from the 1960s.

He was among the first Ethiopian singers to compose songs in English and other foreign languages.

"Temar Lije" or "My Son, You Had Better Learn" is one of his popular songs that motivated many to acquire modern education.

The popular song is still used by Ethiopian parents to discipline and counsel their children, and to raise awareness on the importance of education.

He also won the Lifetime Achievement Award for his work in Ethiopia. His stylish dress code and hairstyle made him popular among the youth in the 1960s and 1970s.

Eshete was one of the first musicians to record music to vinyl in Ethiopia.

Since his death, his colleagues and fans have continued to send messages of condolence.

Prime Minister Abiy Ahmed said: "I'm saddened to hear that Alemayehu Eshete, a role model for many singers, has passed away."

"Ethiopia will always be honored in his works. Those who worked for Ethiopia will not die, but will rest in glory," the Prime Minister added.

Selam, a Swedish Independent Cultural Organisation, which has an office in Addis Ababa, also paid tribute to Eshete: "We are deeply saddened by the death of Alemayehu Eshete. Known for his best timeless tunes, 'Temar Lije' and 'Addis Ababa Bete', Eshete was one of the most popular legendary Ethiopian singers. Our most heartfelt condolences to his family and friends"

Born and raised in Jimma, Eshete who was fascinated by Hollywood films. He attempted to go to Hollywood with his friend at a younger age.

He started his journey to Hollywood with his friend with a hundred birr ($ 2) he picked from his father's pocket. However, before he could achieve his goal, he was caught at Eritrea's Massawa Port and sent back home. He loved Rock music.

He played much of the English vocals of American vocalists Pat Bonn, Bill Haley and Elvis Presley.