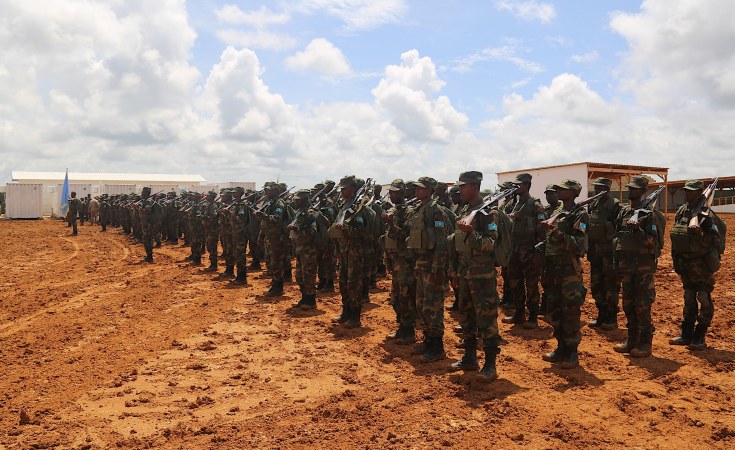 Somalia will this week expect a report from a team appointed by Prime Minister Hussein Roble to investigate circumstances under which seven people were killed in a raid by African Union Mission forces in Somalia (Amisom).

The incident in Golweyn, Lower Shabelle region of Somalia, happened in an area manned by Ugandan forces in Amisom's Sector 1. Amisom had said the August 10 raid had targeted and killed al-Shabaab militants.

But it was followed by protests by the families of the people killed who demanded compensation. Mr Roble on August 22 ordered an investigation by a ministerial taskforce.

It is unclear what kind of punitive action Somalia could take on Ugandan forces, although Prime Minister Roble met Ugandan Ambassador Nathan Mugisa to relay the complaints.

The incident, however, reflects the kind of working relationship between Amisom and the Somali government, as both sides discuss the future of the Mission.

Legally, the mandate of the African Union Mission in Somalia is expected to end on December 31 this year, unless it is extended by the UN Security Council or at least modified.

The Mission, which was formed in 2007 as a combat force against al-Shabaab, has had its mandate extended every year since, including this year when it was extended to December from February.

Whatever happens after December will now depend on perceptions against the Amisom forces. Although the Mission helped stabilise Somalia's nascent government to an extent by pushing al-Shabaab out of main towns, it has been accused by rights groups of violating the law.

All troop contributors Kenya, Uganda, Ethiopia, Burundi and Djibouti have in the past been accused, in one way or another, of indiscriminate killings or other forms of violations. The Mission officially denies encouraging impunity and has often promised to investigate claims. When the Ugandan forces killed seven people last month, the Mission had initially said they were terrorists.

But after complaints from families and the Somali government, Amisom promised to investigate, saying it does "not condone criminal activities against civilians by its soldiers."

Somalia's political leaders think Amisom's previous promises to investigate violations were not met with action. At a press conference on Friday, Bankole Adeoye, the AU Commissioner for Political Affairs, Peace and Security suggested future changes to Amisom must correct its command structure.

"The command and control must be centralised and coordinated," he argued in a virtual briefing.

So far, the AU and the Somali government have about two months to decide the future of Amisom.

"We do not have any agreement [on the future of Amisom yet]. We continue to engage," said Adeoye.

In a formal statement, the two sides agreed that, among many others, good progress has been made on the implementation of the Somalia Transition Plan, which is technically the way Somalia's armed forces should assume security responsibility upon exit of the peacekeepers under AU.

But Somalia has made it clear it wants fewer gun-carrying men and women, and more experts to help rebuild the country's own institutions.

In July, a special taskforce proposed four options including extension of mandate, modification of Amisom into a hybrid force under AU-UN or total exit after December.

Somalia rejected all the options, citing lack of central role for Somalia and absence of a plan to build its own military.

After a framework agreement last month, Adeoye said Somalia seemed inclined to the option of a modified mission that will have less combat, with adjustments to what the AU taskforce had proposed.

After the framework deal, Ms Fiona Lortan, the Acting Director of Conflict Management at the Political Affairs, Peace and Security Department of the African Union (AU) said both sides are keen to avoid a vacuum when the Amisom mandate ends.

Officials in Somalia say the stay of Amisom should be complementary not primary to the security needs in Somalia. But they agree that such a transition may take longer, beyond December, even if Amisom were to exit.

Said Samantar, the Director-General in the Ministry of Defense, admits the transition "will be implemented gradually, taking into consideration the level of readiness by Somali security forces."

"We will steadily exchange roles with our African brothers and sisters who have been helping us over a decade."

Many people see this cautious step-by-step approach as ideal, seeing what happened in Afghanistan following the withdrawal of the US and NATO forces, paving the way for the takeover of Taliban of the entire country including the capital Kabul, causing mayhem.