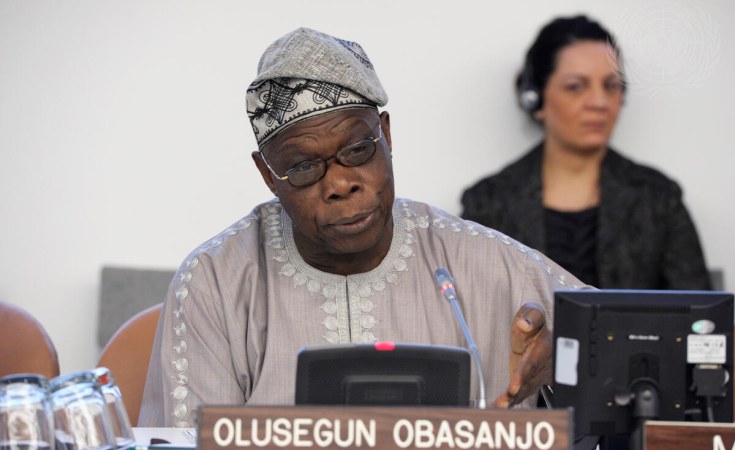 A Pan-African group of academics and intellectuals have published an open letter in response to the lack of movement by the African Union over the conflict in Tigray, Ethiopia. The letter calls for a political solution and de-escalation of the conflict.

The conflict has resulted in the death of thousands of people as well as the rape and maiming of scores of others. It has also forced more than two million people from their homes.

The letter, signed by more than 50 well-known Africa experts, was the result of private conversations academics were having with each other, according to Elleni Centime Zeleke, professor of African studies at Columbia University, New York.

"We were appalled and we couldn't just stay on the sidelines," Zeleke told RFI.

The Tigray People's Liberation Front (TPLF) was the party in power for 30 years in Ethiopia. In 2018 Prime Minister Abiy Ahmed came to power.

He accused the TPLF of attacking federal government military bases in Tigray, launching what he described as a "law and order operation" in November 2020 that sparked the current crisis.

The open letter, published in English, French and Amharic, was published by Ethiopian and international media, although references to the TPLF or the TDF were redacted, says Zeleke, author of Ethiopia In Theory: Revolution and Knowledge Production,1964-2016.

"We stand in solidarity with all Ethiopian intellectuals in-country who want to speak out against the war but feel unable to do so due to fear of retaliation," reads the final line.

The seven-page letter outlines the lack of effort the African Union, which is based in Addis Ababa, Ethiopia, has made in relation to quelling the conflict.

The letter is directed at the African Union, because Zeleke and the others feel that the continental body has not done enough to de-escalate the violence.

The body, re-configured from the Organization of African Unity (OAU) and established in July 2002, was created to prevent this kind of war and conflict on the continent, she says.

"The point of the AU was to act in the spirit of pan-Africanism... to make sure a Rwanda and Sierra Leone doesn't happen again," says Zeleke, referring to the 1994 Genocide and the nine-year civil war in West Africa.

"We, academics, condemn the destruction of institutions and cultural heritage that have taken years and centuries of effort to build. The people of Ethiopia have suffered enough. The country cannot afford any further destruction," wrote Michael Woldemariam, director of the African Studies Center at Boston University and one of the signatories.

Steps need to be taken

The letter calls on all actors, including the Ethiopian government, the national regional government of Tigray, and the affected and implicated groups in the Amhara and Oromia regions to come to the table to find a political solution. The letter also stresses the possible role of African experts in quelling the conflict.

Ultimately, it calls on the AU and IGAD, with pressure from neighbouring countries, to submit to external mediation.

Other countries have individually put pressure on the Ethiopian government, including the United States, which levied new sanctions against the Ethiopian defence forces chief of staff. That is in addition to suspending aid money to the country.

While the United Nations Security Council has not squarely dealt with the situation in Tigray, Zeleke maintains that finding a political solution to the conflict falls directly under the mandate of the African Union.

Political rather than military solution

The open letter states that a mediated solution is the key to stopping the conflict.

"All Ethiopians must recognize that a political rather than military solution is what is now called for, regardless of the claims and counter-claims, legitimate and otherwise, as to how Ethiopia has come to this place," it reads.

African Union mediation may be difficult for both sides, however. The Tigrayans accused the AU of bias last month, and the Ethiopian government nearly a year ago rejected AU mediation out of hand.

What was surprising to Zeleke was the response from an Ethiopian group of academics called the Global Ethioipian Scholars Initiative (GESI).

Calling the academics "ill-informed", it points out that these same intellectuals did not make any statements when the TPLF "ruled the land with terror and vicious force for close to three decades."

"I don't know any of the scholars [ in the group], "says Zeleke.

"They're parroting the government line, saying TPF is a terrorist group. They are ultimately calling for the continuation of war, which is worrisome to see that intellectuals are unable to take a critical distance from official position and narratives," she adds.