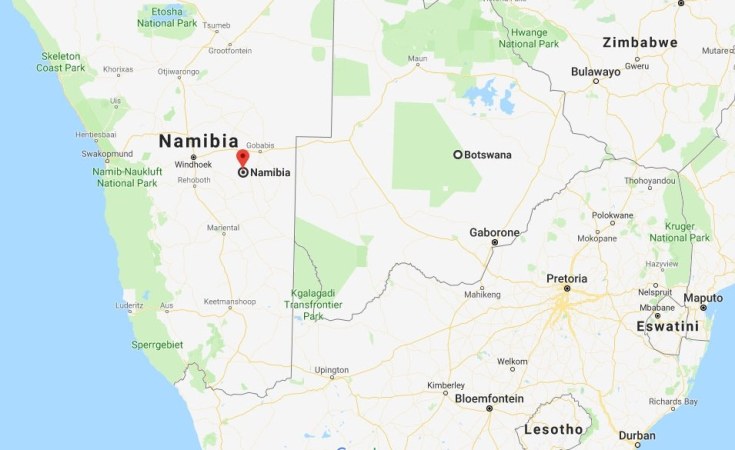 International relations minister Netumbo Nandi-Ndaitwah says there is an urgent need to resolve cross-border challenges faced by the communities living along the Namibia/Botswana border.

Nandi-Ndaitwah met with her Botswana counterpart, Lemogang Kwape, in Kasane on 2 September and at Katima Mulilo on 3 September to encourage the communities living along the Chobe River to foster peaceful coexistence and fruitful cooperation.

The ministers held talks with traditional leaders. At the meetings, Nandi-Ndaitwah said the recurrence of shootings and killings along the border has the potential to undermine the progress made thus far.

"No country, including Namibia, condones crime. Criminals must be dealt with within the domain of our laws based on international norms. That is why we have courts and prisons as a way of dealing with offenders," said Nandi-Ndaitwah.

The two countries have agreed to escalate the matter around cross-border safety and security to be decided at the inaugural session of the Bi-National Commission (BNC) scheduled for later this year. The release of the joint investigations into the killings of the Nchindo brothers - Tommy, Martin and Wamunyima - and their cousin Sinvula Munyeme by the Botswana Defence Force (BDF) in November last year was not on the agenda, and neither was the contentious 2018 border treaty.

Kwape indicated that the directorate of public prosecutions in his country has decided to do an inquest into the matter.

"They will do their work unhindered so that we can go back to living our normal lives," he said.

Political parties and civil organisations have been at the forefront of demanding the revision of the border treaty of 2018 as well as the inquest into the death of many Namibians along the river. National Democratic Party leader Martin Lukato says he heard about the meeting in the media.

Namibian Lives Matter Movement national leader Simvula Mudabeti accused the two governments of playing hide-and-seek by avoiding discussions around the purported Border Treaty of 2018 as well as not releasing the contents of the joint investigation report into the deaths of the Nchindo brothers.

"It is nine months after the joint investigation was completed and the autopsy report is done. Botswana has continued to claim that the issue is before the court and now Botswana says an inquest has been opened on the matter," says Mudabedi. He describes the latest meeting between Namibia and Botswana as an important milestone in the two countries' bilateral engagements. However, Mudabedi is disappointed that the statement released by the two ministers at the end of their meeting did not speak to the fact that Namibians are denied access to the resources of the Chobe River by the BDF.

"The Botswana government, through its BDF has ensured that no Namibian is free to fetch water, have their cattle graze and use the Chobe River or till land along the Chobe River without being harassed, intimidated and killed by trigger-happy BDF," says Mudabedi.