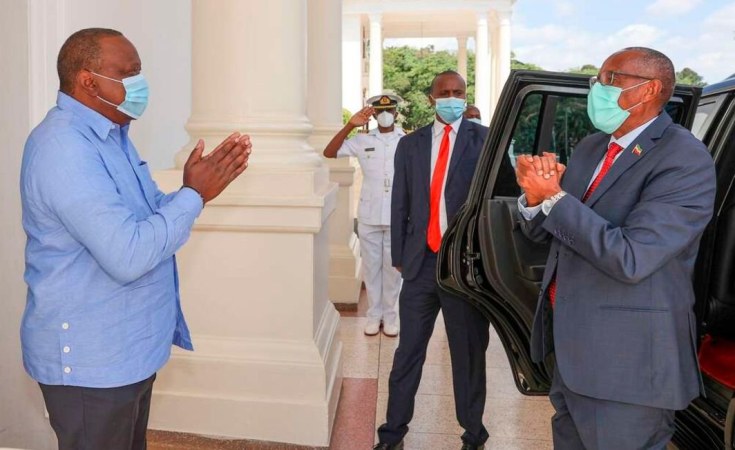 Kenya has appointed a head of its Liaison Office to the self-declared republic of Somaliland in a move that could raise another diplomatic tiff with Somalia.

Kenya is one of the few countries in the region that has forged a strong link with Somaliland, which unilaterally declared independence in 1991 but has not been recognised by the international community.

The latest move could spark a new diplomatic row between Kenya and Somalia because Mogadishu insists that Somaliland is part of its territory and no country is allowed to have bilateral relations with Hargeisa without Mogadishu's permission.

Somaliland has a Liaison Office in Kenya, which is one of the few countries that allowed the breakaway region to open an office.

So far only Taiwan has recognised Somaliland. The African Union (AU) has always maintained that Somaliland recognition must first come through Somalia before other African countries can follow.

In May 2005, the AU sent a fact-finding mission to Somaliland following the latter's application for recognition and membership. While some countries in the AU are in favour of recognising an independent Somaliland, others have called for more deliberations.

Diplomats say that there are an estimated 10,000 Kenyans working and living in Somaliland, while Somaliland can benefit from Kenya's advanced institutions and human capital to build local capacities

Bashe Omar, the head of the Somaliland Liaison Office in Kenya, told The EastAfrican that Kenya and Somaliland are like-minded partners bound by the belief in the power of freedom and democracy to promote prosperity and build brighter futures for the people.

"I believe that Somaliland and Kenya's economic and trade exchanges, cooperation in various fields, as well as the friendships between people, will be enhanced with the opening of the Kenya office," said Mr Omar.