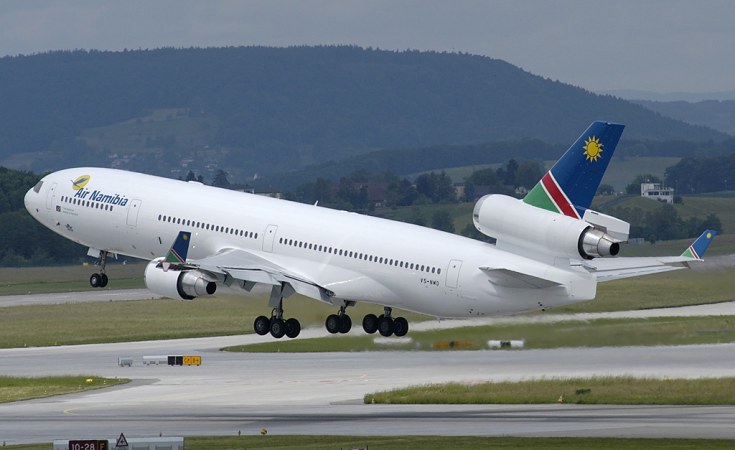 These figures are contained in a report dated 4 August, compiled by liquidators David Bruni and Ian McLaren.

The biggest lump of the company's debt involves about N$2,3 billion to trade creditors.

The airline has also been extended bank loans worth N$408,7 million, and at the time the report was compiled, still owed former employees N$105,51 million in severance packages.

At the second general meeting of creditors and members before the master of the High Court on 1 September, it was resolved that all actions of the joint provisional liquidators and joint liquidators are approved and ratified.

Meanwhile, the government at the end of May paid an American company N$1,6 billion for leasing two aircraft.

Another resolution was that the liquidators are authorised to collect any outstanding debts due to the company to sell or compound any of its debts.

They also have the authority to abandon any claims they may deem irrecoverable, or to institute legal action to recover the debts.

The liquidators may, according to the report, also proceed with or abandon legal action of which all legal costs would be part of liquidation.

The resolutions also stated the liquidators may employ auditors to investigate the company up to the date of liquidation, and to produce an audited balance sheet as at that date.

This would also be included in the liquidation costs.

"The joint liquidators are hereby authorised to dispose of the immovable and moveable assets of the company by public auction or public tender or private treaty, the mode of sale for any one or more of the assets to be at the discretion of the joint liquidators, and all costs incurred in relation thereto to be costs in the liquidation," the resolutions read.

The liquidators have the power to investigate any apparent voidable or undue preference or disposition of property.

As a result, they may take any steps they deem necessary, including instituting legal action.

In terms of any assets subject to a mortgage, pledges or other forms of security not sufficient to pay the claim of the secured creditor plus the pro-rata share of the costs of administration in full, the liquidators may abandon such asset to the creditor concerned at an agreed valuation.

This would be subject to the payment by the creditor of a pro-rata share of the costs of administration of the Insolvency Act as amended.

The liquidators said past boards of directors and management cannot be held accountable for any harm or liabilities to the company during the tumultuous financial period of the troubled carrier.

The airline, which was shut down earlier this year due to a plethora of financial, viability, operational and staffing problems, has carried the spirit of Namibia since its inception in 1986.

"It does not appear that the directors or officers of the company are liable for damages or compensation to the company," the liquidators said in their report.