Nigeria: For MTN, a Time to Celebrate a Success Story 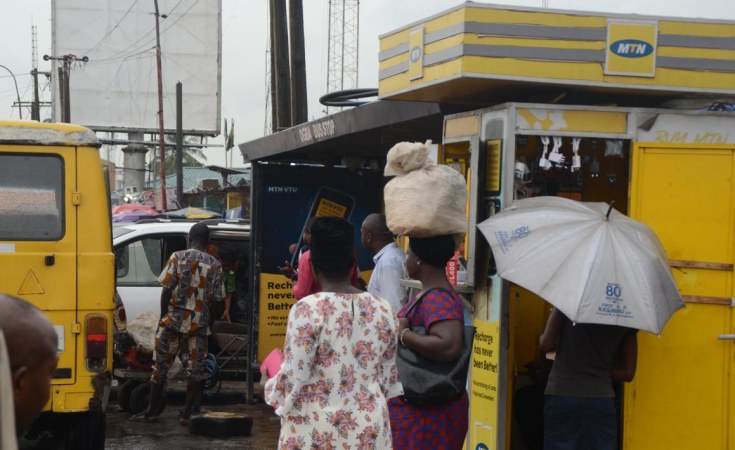 TWENTY years with milestone achievements could be as brief as a wink of an eye. But the journey to yesterday, fraught with failure, could be as long as eternity, a never ending season of pain and sorrow.

For MTN, one of the few corporate citizens that continues to validate the Nigerian economy, it has been 20 years of sustained tech revolution, a convoluting season of innovation and some kind of lithe management wizardry that have placed the organisation in front of the pack for an indeterminate period and even into the foreseeable future.

If you ask me, the enthusiasm, excitement and all the drums are well deserved. Especially, in a land where there is little to celebrate at the moment, where hopelessness seems to be the strongest common factor binding the people together, an organisation that has survived for 20 years, doing top range business, should be given the latitude to luxuriate in a well- primed euphoria. On this, I stand with MTN.

We love to celebrate as a people although present circumstances in the land have nearly succeeded in removing the songs from our mouth. So, it's very all refreshing to see MTN give data bonuses to its subscribers; but, for me, the clincher is to get into road infrastructure development. Karl Toriola, Chief Executive Officer, CEO, of MTN Nigeria in a statement embedded in the half year unaudited financial statements, revealed the plan of the telecommunications company to participate in Nigeria's Road Infrastructure Tax Credit, RITC, Scheme.

"We are pleased to announce that our Board of Directors has approved our participation in the Road Infrastructure Tax Credit, RITC, Scheme. This is in response to... government's drive towards public-private partnerships in the rehabilitation of critical road infrastructure in Nigeria. We intend to participate in the restoration and refurbishment of the Enugu-Onitsha Expressway," he said.

For those who have always argued that government should get out from under the veneer of politics, own up to the truth that it doesn't have the financial capacity for serious infrastructure development, and invite the public to share in the development of the nation through a globally known Public Private Partnership, PPP, process, this is a victory song.

Except our advice should be for the process to be so well-documented for continuity to be guaranteed. I mean another government doesn't come into power and portray the process as a scam on the nation (that is what governments do, tapping into emotions to destroy legacy achievements or projects).

Twenty years ago. As evanescent as yesterday. My mind returns to that interview with Irene Charnley at the Transcorp Hilton Hotel Abuja, by the water bed between the front desk and the Congress Hall. The historical auctions for Digital Mobile Licence conducted by the Nigerian Communications Commission, NCC, ended earlier in the evening, and Charnley who headed the MTN team, is walking a little triumphantly to the Congress Hall for some celebration over a dinner.

But asked how prepared MTN was for the Nigerian market, she was a little rambunctious when she told this writer that MTN was fully ready, based on the South African experience where research had indicated that the Black population were not economically empowered to acquire mobile phones.

Demands proved them very wrong and MTN struggled to satisfy the market. A few months down the line. Just days before August 8, 2001, the Vanguard team is with Karel Pienaar, pioneer chief executive of MTN, Nigeria, to get a scoop for the impending GSM launch. You see, now it will not make sense to the younger generation why a network launch should be a big deal.

If circumspect of history, it was then, it may still be so now. Before the launch Nigeria had only about 500, 000 connected lines for the entire population of about 130 million people. So, it was quite celebratory when Ernest Ndukwe, from the private sector, headed the regulatory authority to put a major spin on the telecommunications industry. The mood in the nation was expectantly celebratory.

Towards the end of the interview a question was posed to Pienaar: what happens if MTN hits over 100, 000 subscriber uptake (which was the regulator's yearly benchmark for operators) in one month? Quite frankly, he said the network will go down. The crisis to meet market demand has been there ever since. We can now complain of quality of service but not the absence of phones any more. MTN has played a lead role under the circumstance.

MTN had a structured plan for the market. When it came into the Nigerian market which couldn't even help the new GSM entrants with any telecoms backbone, as the national carrier, Nitel, was essentially a flop, MTN initiated a fibre backbone from the North to the South, appropriately named, Yellobahn, in the manner of Infobahn which is a psychedelic adaptation of Germany's Autobahn (superhighway). That cable has since been extended to different parts of the country.

What is it that makes MTN very strong? The answers may form a pleasant bouquet - structured network roll out, target employment of high networth individuals, mostly Nigerians who had practised abroad or were still there - Dem Elesho (Engineering), Afam Dozie (Marketing), Mike Ikpoki, from NCC(Legal and Regulatory), Funke Opeke (Engineering) and now Karl Toriola (Engineering) who is the present chief executive.

MTN had eyes on Nigerians who could grow to lead the Nigerian operations. This seemed to have been part of its long term project. The other was to use its management strength to harvest the corporate segment of the market.

Without doubt MTN controls substantial percentage of high networth customers, the group that can talk on phone, go to sleep and wake on the same call, the tiny fraction to which airtime cost is but a little fund for sausage or, if you stroll towards the village, some little change for akara balls.

The above partly explains MTN's high earnings in the market, but it is also very important to know that MTN has worked for whatever it gets from the Nigerian market. MTN built a backbone. It positioned Nigerians to help take over their market.

It went to the exchange at a time public confidence on the Nigerian market was thinning out as a vote of confidence on the economy. So, only the uninformed or the deliberately mischievous still call MTN a South African company. Above all, MTN has built such a formidable management that not even a crushing fine from government could take it down.

You may screen this as the way the eagle reasons. Having viewed the market from the top, MTN looked out for who to lead the huge team into the feature. It reached out for Ndukwe, the man who opened up the market place, to head the Board which now also includes former Minister, Omobola Johnson and Andrew Alli, a finance expert. For a truth, MTN built for the future. Now it is celebration time that follows a big harvest.

Previous Story
Tagged:
Copyright © 2021 Vanguard. All rights reserved. Distributed by AllAfrica Global Media (allAfrica.com). To contact the copyright holder directly for corrections — or for permission to republish or make other authorized use of this material, click here.