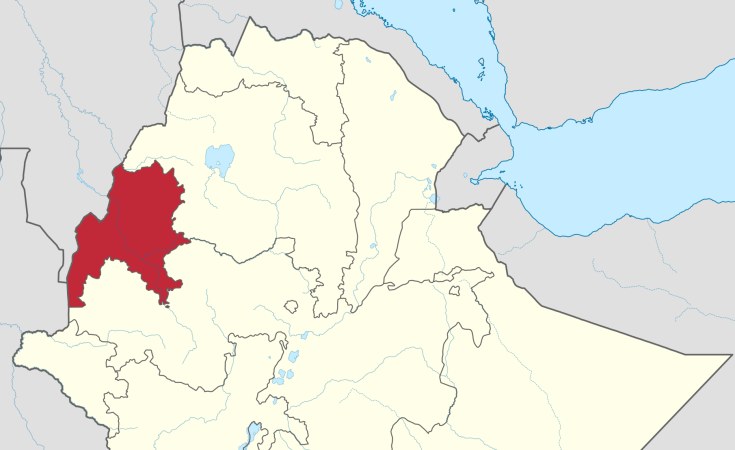 Addis Abeba — The Benishangul-Gumuz Regional State of Ethiopia has announced in the press briefing that it has finalized its preparation to take final and decisive measurements against what it called TPLF agents operating in Metekel and Kamashi zones.

In the statement the regional government accused 'TPLF agents' of being 'anti-peace' and a 'terrorist group' that are based in Benishangul-Gumuz and Kamashi zones which, according to the brifieng, has made banditry a part of its livelihood and it does not want peace in the region under any circumstances.

The statement detailed that the Benishangul-Gumuz regional government has been working with the federal government in the past, especially in the two zones, to find a solution to the security crisis created by the anti-peace forces of the TPLF branch.

"In addition to the loss of lives, casualties and property damages, many civilians have been displaced from their homes that they lived in for many years due to the attack and security havoc inflicted by this destructive force, " the statement said. The briefing addressed that the regional government has been working hard for months to solve the problem peacefully and through dialogue by allocating a huge budget, time and manpower.

"Some members of the armed group operating in the Metekel and Kamashi zones accepted the proposed "peaceful negotiations' ' and underwent rehabilitation training," the presser said.

In the presser, the regional government stated that it was working patiently for the past few months to settle the matter through negotiation which was, however, turned down by 'TPLF agents' and even by those who took the 'rehabilitation training'. According to the statement the looting and harming of civilians has gotten worse.

"The regional government has previously ordered security forces to take irreversible action against criminal groups operating in various parts of the state," the statement said.

It detailed, "To destabilize lasting peace in the region, the TPLF's emissary continues to use "banditry" as part of its life. Instead of peace, TPLF has continued killing innocent people, looting property, and destabilizing society.

"Recognizing the seriousness of the problem, the regional government and the Metekel Zone Integrated Command Post, together with the Defense Forces, the Federal Police, members of the regional special forces, militia members and private militias, have prepared to take immediate and final action against the perpetrators," the statement explained.

In particular, the regional government strongly urges the people of Metekel and Kamashi zones in the areas where the anti-peace forces are active to be aware of this and to distance themselves from the group.

The regional government and the Metekel Zone Integrated Command Post also calls on all government political pundits on variables, government and private armed individuals, youth and all sectors of society to coordinate with government security forces, and to prioritize law enforcement action.

The regional government signed a Memorandum of Understanding (MoU) with an unnamed "armed group" in a bid to bring a lasting solution to the security crisis in the region in May 2021. It went on to appoint 25 former members of the unidentified armed group to Two regional, Three zonal and 16 woreda level leadership positions in July. AS

Forced Suspension of Majority of MSF Activities, Amid Enormous Needs in Ethiopia