Africa: Out of Africa - Exploring the Roots of the 9/11 Attacks 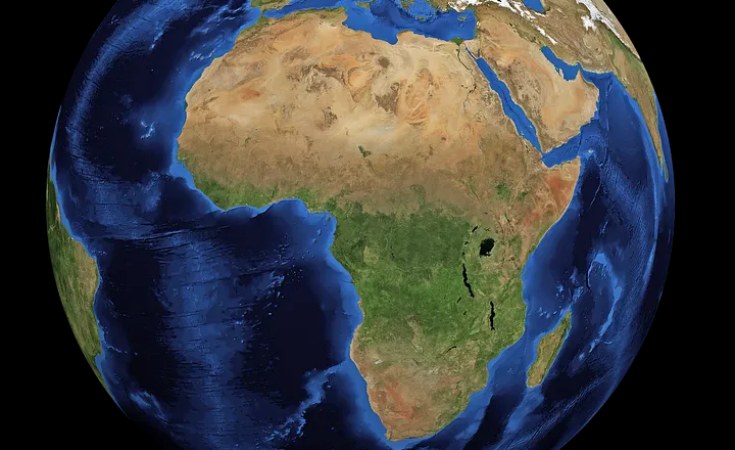 Osama Bin-Laden's masterminding of the US embassy bombings in Nairobi and Dar es Salaam in August 1998 saw more than 200 people killed - including a friend of mine - in nearly simultaneous truck bomb explosions linked to local supporters of the Egyptian Islamic Jihad and Al-Qaeda.

Living in Nairobi at the time, I had been in the embassy to collect a US visa a couple of days before the attack but my Kenyan friend was not so lucky and was killed. Both US embassies were badly damaged - in Nairobi, a memorial park was constructed on the site with a new embassy built elsewhere while Dar es Salaam got a new highly fortified embassy with a monument to the victims in its grounds. I have visited both memorials and read the names of all these innocent victims of jihadi terrorism.

These US embassy bombings did not only prioritize Al-Qaeda and Bin-Laden to western intelligence agencies and introduce them to the global media, it also enhanced their credibility to aspiring jihadists, helped raise funds, and recruited supporters. Effectively, it was the launch-pad for 9/11.

After being only marginally involved in planned attacks in Yemen and Somalia, the 1998 East African bombings were Bin Laden's jihadi watershed

Although Bin-Laden had seen military action against the Soviets in Afghanistan, he had subsequently avoided frontline conflict, returning to Jeddah before migrating to Khartoum in 1991 having been invited by the new National Islamic Front (NIF) to set up business there.

The US put the NIF under pressure to expel him because Washington believed Bin-Laden was behind a 1995 attempted assassination of Egyptian president Hosni Mubarak in Addis Ababa, Ethiopia. Asked to leave Sudan in 1996, Bin Laden arrived at Jalalabad in Afghanistan by air with more than 200 of his supporters and their families.

But those Sudan years had seen Al-Qaeda gradually transform into a more active jihadist group - fundraising via successful commercial enterprises and running jihadist training camps. After being only marginally involved in planned attacks in Yemen and Somalia, the 1998 East African bombings were Bin Laden's jihadi watershed.

He was also helped by the Clinton administration's poor selection of cruise missile targets in Afghanistan and Sudan and, as seen many times subsequently, an ill-judged US military response created further radicalization, especially among those Taliban previously circumspect about Bin Laden's global jihadi agenda.

Exploiting these new opportunities, Bin-Laden turned Al-Qaeda into a pedigree brand and laid the groundwork for 9/11. Attacking the guided-missile destroyer USS Cole off the coast of Yemen in 2000 was a further steppingstone which - as with the East African embassy bombings - allowed Bin Laden to assert leadership of a fragmented and often contradictory militant movement. This laid the basis for the network of networks - the affiliates - which are still so important for international jihadism.

Bin Laden said the embassies were targeted because of the US 'invasion' of Somalia but it is much more likely to have been an attempt to lure the US into Afghanistan. In this, it was partially successful by further radicalizing the Taliban against the US and giving Bin-Laden safer residency there.

Working as a United Nations (UN) sanctions inspector, I was investigating blood diamonds in Sierra Leone on September 11, 2001. Helicoptering back to Freetown from a rebel Revolutionary United Front stronghold, I found everyone glued to the television. Then, rushing straight to UN force headquarters at the requisitioned Mammy Yoko Hotel in Freetown's Aberdeen suburb, I saw a party in the lounge of celebrating Pakistani peacekeepers - jubilant at the 9/11 footage.

I was shocked but also educated by this - led to reflect on how key drivers for jihadism were grievances fuelled by inequality and ideology, not necessarily a lack of education. Some of those peacekeepers were well-educated and internationally experienced and, in subsequent research on the radicalization of individuals in Mauritius to support Islamic State, several were found to be well-educated, comfortable, and from privileged backgrounds - as was Bin Laden.

US approach has worsened situations

The 9/11 attacks instantly increased US counterterrorism funding and the training available for Africa, and ushered in a period during which Washington - once again - sought to remove administrations it suspected harboured or supported jihadists, often worsening the situation.

The best example of this was the encouragement of Ethiopia's invasion and the removal of the Islamic Courts Union in Mogadishu, Somalia in 2006 which opened space for the emergence of the more radical jihadist movement Al-Shabaab, affiliated to Al-Qaeda in 2012.

Despite all this US funding and training, 20 years on from the attack on the Twin Towers the Al-Qaeda franchise is still vibrant in Africa as a resilient and attractive jihadi affiliation in several countries where it first emerged - although Al-Qaeda in the Islamic Maghreb (AQIM) has significantly weakened in Algeria over time.

But the African jihadi terrain is much more crowded now, with affiliations often used as flags of convenience while mergers, factional infighting, and fragmentation are commonplace. There is also increased fighting between groups affiliated to Al-Qaeda and Islamic State, particularly in parts of the Sahel.

Jihadism in Africa is not retreating, and poverty and inequality remain key drivers for recruitment. Military training plays a role but a combination of prosperity, equitable development, and accountable government remains the best approach to encourage resilience against its spread.