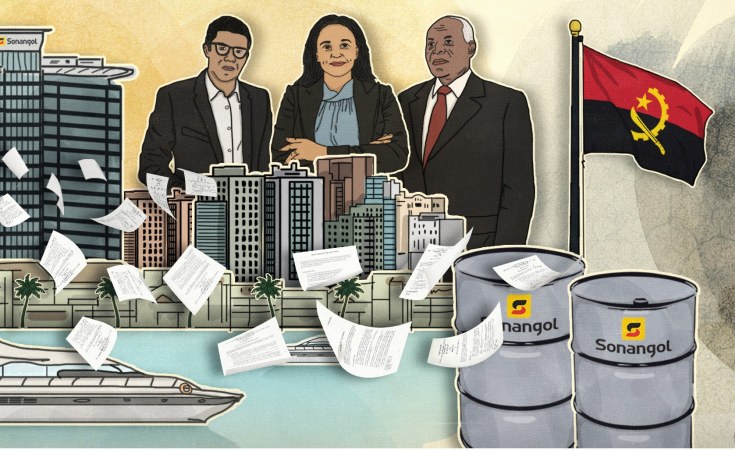 KfW-Ipex-Bank, an import-export bank, had loaned more than $55 million through an Angolan bank to a brewery controlled by Isabel dos Santos.

German authorities have imposed a $178,000 fine on state-owned KfW-Ipex-Bank for facilitating loans to an Angolan brewery linked to Isabel dos Santos, the eldest daughter of the country’s former president.

The deal was first reported by the International Consortium of Investigative Journalists and its German media partners in 2020 as part of the Luanda Leaks investigation into the insider deals that made dos Santos Africa’s richest woman. The investigation revealed how dos Santos, a billionaire, moved hundreds of millions of dollars in public money out of one of the world’s poorest countries.

The media partners also revealed that dos Santos used the loan to buy the brewery and bottle filling systems from German manufacturer Krones AG. In response to the Luanda Leaks findings, Krones AG then told reporters that it did not previously know dos Santos owned Sodiba. Public records existed for years before the loan that tied the daughter of Angola’s autocratic president, Jose Eduardo dos Santos, to the company.

The investigation was ultimately halted due to a lack of evidence, Süddeutsche Zeitung reported. German authorities issued the penalty because of negligence in obtaining required approval for the deal from higher-ups, according to prosecutors. The bank confirmed receiving the fine, the newspaper said.

Dos Santos said that she did not know about the KfW bank loan and that the brewery has no links to the Angolan state, according to Süddeutsche Zeitung.

In a separate case stemming from Luanda Leaks, last month, a Dutch court ordered the Angolan businesswoman to surrender a stake in the Portuguese energy company Galp worth an estimated $500 million. The deal “cannot be explained but for grand corruption by the daughter of a head of state and her husband,” the tribunal ruled.

Scilla Alecci is a reporter and Asia and Europe coordinator for the Consortium.

Luanda Leaks and the Politics of Anti-Corruption

Next Story
Tagged:
Copyright © 2021 International Consortium of Investigative Journalists. All rights reserved. Distributed by AllAfrica Global Media (allAfrica.com). To contact the copyright holder directly for corrections — or for permission to republish or make other authorized use of this material, click here.