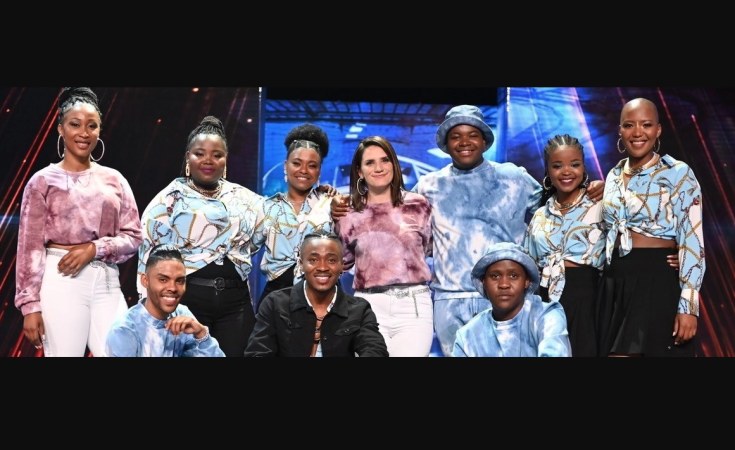 After an exciting and intense two weeks of the Top 16 battling it out for viewers' votes, the Top 10 for Idols SA Season 17 was announced in a star-studded live show. Viewers cast over 8 million votes, and sadly, it was the end of the road for six contestants.

The finalists were announced in an exciting and high energy show that featured live performances from some of SA's biggest chart toppers, as well as the Top 16. Their in-studio audience was made up of contestants' friends and family, and judges Unathi Nkayi and Randall Abrahams.

The show kicked off with a killer performance by Boohle featuring Busta 929 (and voice of the late Mpura) performing the hypnotic amapiano jam 'Amawaza'.

The Top 16 performed once more in their 2 groups, singing as a collective for the final time before they advanced into the next stage of the country's biggest competition. Group one gave a spirited performance of 'Siyathandana' by Cassper Nyovest and group two sang a funky rendition of Blaq Diamond's 'Summer YoMuthi'.

Randall gave contestants some final words of advice before the knockout stage of the competition begins. "The next difficult period is that Top 7 [and] Top 8, where it ebbs a bit. People are used to it and they can't see the finish line. When the show, in your mind, starts to ebb, just think to yourself, 'there's still a long way to go, I've got to get to the Top 2'."

Unathi gave advice to those who were leaving: "Everybody's watching. Everybody wants you. Make the most of it. Just because you didn't make it to the Top 10, doesn't mean that it's the end of your career – it's only the beginning."

The show ended on a high note with the artist of the moment, Makhadzi performing her mega-hit 'Ghanama' with Prince Benza.

The extravaganza also featured the Top 16 having fun with the new Renault Kiger, which will be won by one lucky voter as well as the winner of Season 17 of Idols SA.

Next week's episode of Idols SA will feature the Top 10's performances and no eliminations.