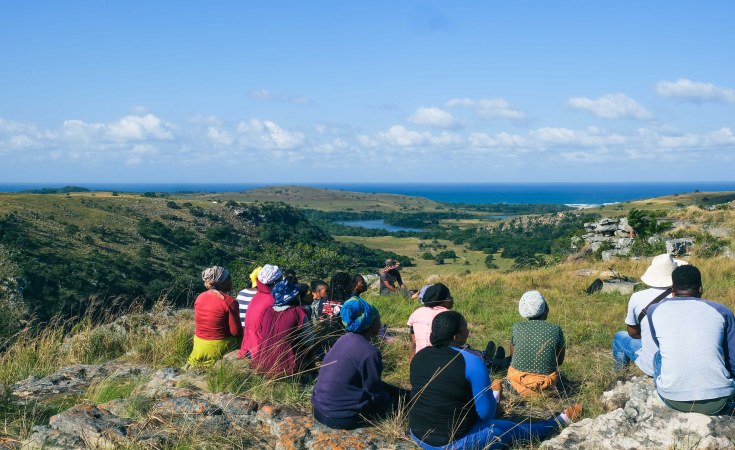 A meeting to hear the views of a rural Eastern Cape community about a planned toll road through their area deteriorated into a battle between some residents and police, who resorted to stun grenades.

Plans to better link KwaZulu-Natal and Eastern Cape via a toll road along the N2 that runs through the Wild Coast continue to sow division among the community of a rural Amadiba village. The provincial government says it is consulting, but others believe it is not making an effort to hear all of those affected.

On Friday, September 10, scores of Eastern Cape people turned out to participate in a meeting between the Eastern Cape MEC for Public Works, Babalo Madikizela, the South African National Roads Agency Limited (Sanral) and the community of Sigidi and surrounding areas near Sigidi Senior Primary School near Port Edward.

The meeting came after a long battle between Sanral and some in the community over the construction of the road, which some fear is simply a cover to establish titanium mining into the area.

While an estimated 200 people turned up to attend the meeting, less than 30 people participated after Madikizela ordered that only stakeholders representing the community would be...