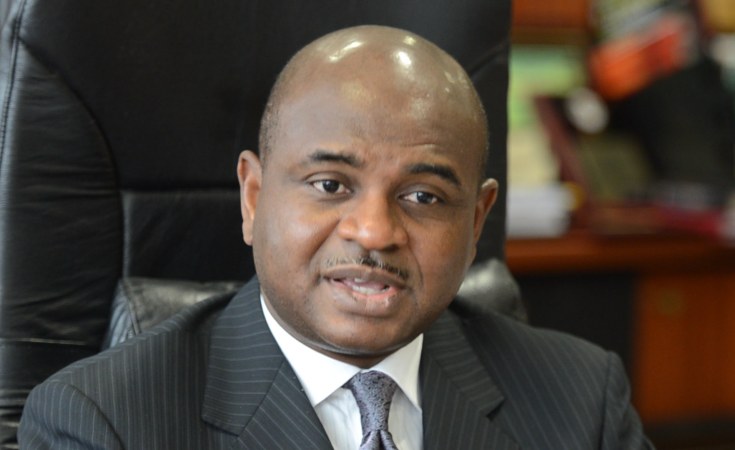 Former Deputy Governor, Central Bank of Nigeria (CBN) and the 2019 presidential candidate of the Young Peoples' Party (YPP), Prof. Kingsley Moghalu, has traced the prevailing collapse of security in Nigeria to the failure of internal political and economic factors in the country.

Moghalu in a paper presented virtually at the Nigerians in Diaspora Organisation (NIDO) Americas' annual general meeting 2021 with the theme: 'Building a Sustainable Security Apparatus in Nigeria: The Diaspora Perspective', at the weekend, posited that the country cannot build a sustainable security apparatus "if we do not understand the exact nature and sources of our present security problems as a country, and then translate this understanding into deep-rooted security and political reforms."

He insisted that "the powerful political dimensions of our security crisis can be found in a failure of nation-building, displayed in the indisputable absence of nationhood.

"Many Nigerians today are disillusioned by the immature idea of Nigeria, and identify far more passionately with their ethnic origins and religious affiliations than with citizenship of Nigeria.

"This has been the case to a significant degree throughout Nigeria's post-independence history of 60 years. Today, however, this tendency has sharply increased as a result of the absence of visionary leadership that can manufacture consensus among Nigeria's disparate ethnic nationalities on what Nigeria means and should mean to all of us."

According to for CBN deputy governor, "Nigeria's security threats since independence have largely been internal, rather than external. To be sure, the country has faced external threats from some neighbouring countries, such as the situation in Chad in the early 1980s, and now in the context of the international dimensions of Boko Haram terrorism (its alliance with ISWAP), an opportunistic external factor.

"What this suggests is that our security threats are not just internal but are largely caused by internal political and economic factors-from the Boko Haram to other terrorist activities, including killer herdsmen, and rising secessionist agitations in the Southeast and Southwestern region of Nigeria."

He stated that even though the 1999 Constitution states in Chapter 2 that the security and welfare of the people shall be the primary purpose of the government, "there can be no doubt that today in Nigeria, the government has failed to meet this fundamental responsibility," adding that the arguments about whether Nigeria is now a failed state, a failing state, or a fragile state are somewhat academic.

"Clearly, all is not well, and life increasingly has little value as marauders reign unchecked in some parts of the country. Nigeria is facing an existential threat of insecurity and terrorism," he added.

Moghalu stressed that the failure of the Nigerian security authorities and institutions to crush the Boko Haram and other forms of terrorism inflicted on several communities in the country by Fulani herdsmen who have come into the country from neighbouring African countries have had telling effect on Nigeria.

He lamented that "the response to terrorism by the political leadership of the country. The security apparatus and law enforcement authorities have been compromised by a lethal combination of lack of political will, corruption- economic gains accruing to vested interests from the continuation of a never-ending war on terrorism-and possibly divided loyalties as between the Nigerian state and sub-national ethnic or other sectarian identities."

Building a Peaceful and Secure Nigeria