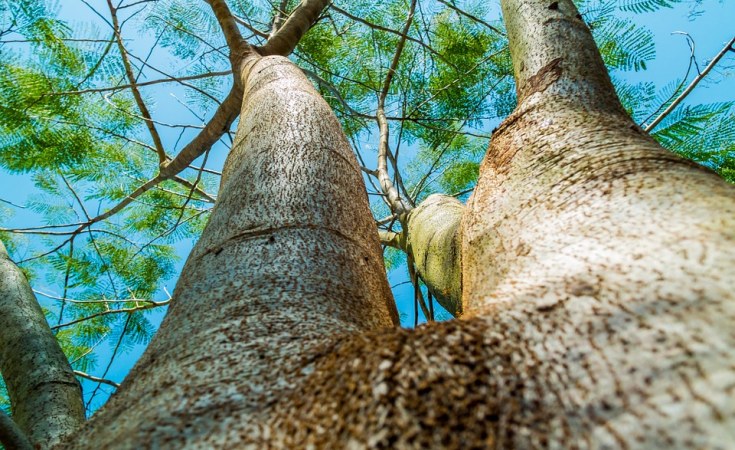 For over 50 years, oil has remained the dominant economic sustainer, despite the seemingly rehashed rhetorics to diversify the economy by successive administrations. Ndubuisi Francis profiles Nigeria's vast untapped forest resources with the potential to positively impact the revenue profile, if well harnessed

Forest reserves serve important ecological and socio-economic functions and are clearly not for hunting, grazing or settlements.

There are no fewer than 1,129 forest reserves, 29 game reserves, four game sanctuaries and seven national parks. But these reserves are so mismanaged that rather than aiding national development; many of them have turned to havens for nefarious activities.

Faced with the stark reality that the nation's hydrocarbon assets are exhaustive and may sooner than later dry up, successive governments have continued mouth the desire to drastically reduce the over-dependence on oil as the nation's main revenue earner. But actions and in-actions on the part of each government have seriously called to question the sincerity towards the successful realisation of this economic goal.

However, the current economic malaise being faced by the country has again brought to the front burner, the need for economic diversification.

This has been a challenging factor and yet imperative for Nigeria and other African nations to make a paradigm shift from mono-product economies to more diversified and sustainable ones by looking into a sector that has long been neglected and under-utilised. That is the forest economy.

This is even more compelling and urgent at this time in view of the global economic challenges exacerbated by the COVID-19 pandemic and the impact in international oil prices both of which greatly precipitated a serious dip in the revenue profile of Africa's largest economy and several others.

The argument is not that the country is lacking in more revenue-yielding and economically viable alternatives, neither is there a move to push the narrative for further exploitation of the forest reserves. No! Rather, the campaign is for the incumbent federal government to strategically pursue an achievable policy for Nigeria's forest reserves, which are barely exploited profitably despite many policy papers meant to drive actions in the sector.

For example, the Nigerian Institute of Forestry Research is as old as the country, yet the sector has remained largely in disarray.

In 2019, a young Nigerian architect, Bosede Omoloya Idegbesor, propelled by the discovery of the gap and lack of policy implementation synergy among stakeholders in the forestry sector, initiated a platform, Wood Expo Nigeria (WEN). It is a convergence forum for environmentalists, forestry agencies, the academia, wood manufacturers, industrialists, investors and government agencies to discuss and identify the impending challenges and vast opportunities in the forest reserves of the country.

The aim is to develop sustainable headway to preserve the forest ecosystem as well as explore the many potential in the sector.

Over the years, successive governments have come with commendable policies, one of which is the country's National Tree Planting project/campaign which estimates the creation of three million productive economic plantations.

This is quite in line with the Federal Government's agenda on National Economic Recovery and Growth Plan (ERGP2017-2020) to diversify the economy, resulting in the development of various sectors, including the wood sector.

But Nigeria with its famed and massive forest wealth has barely scratched the surface on the potential of this resource as an alternative revenue honeypot to oil.

This can change once the country joins the league of sustainable forest nations with certification as a timber-exporting nation.

The question is how can it be achieved? Simple: The Nigerian government must key into the whole wood story starting from seed collection, through planting and forest propagation, felling and milling of timber to the end products, like furniture, structural elements, and the entire building sector.

There are a thousand and one businesses with vast export potential untapped and poorly managed. The quantum of opportunities in the utilisation of wood for positive impact in the (built) environment in Nigeria and indeed the sub-Saharan Africa demand concerted efforts by the stakeholders spearheaded by the African Development Bank (AfDB) with complimentary efforts like Wood Expo Nigeria (WEN).

From the experiences observed at the maiden edition of Wood Expo Nigeria (WEN) in 2019, participants and experts noted with keen interest that:

*Nigeria has over 600 potential timber species out of which less than 30 are currently being commercially exploited for international trade, but the industry could contribute significantly to local and international trade if the informal enterprises of small wood-based industries operate with formal incorporation into the national economy. These enterprises include those engaged in the production of firewood, charcoal, chewing sticks, sculptured wood items and in some cases artisans, cabinet makers and timber converters.

However, this represents a national capacity utilisation of 19.74 per cent growth per cent, and that since there is a ban on the export of logs, milling of the tropical hardwood becomes necessary. The plymill has a production capacity of 16008m3 for plywood and 57812.92m3 for veneer.

*The wood industry in Nigeria is dominated by waste generating activities like sawmilling, veneer, and plywood production. The wastes generated from sawmilling have correspondingly increased from 92,000m3 in 1960 to 3.87 million m3 in 1993.This high rate of waste generation makes wood processing an inefficient way of natural resource utilisation and as such capable of threatening the ability of the resource base to sustain the wood industry.

*There is need to expand the frontier of investment in forestry by providing appropriate institutional and legal framework for effective operation. Unlike what it used to be, there is an upsurge of private involvement plantation forestry in Nigeria. Therefore, government should support industrial plantation development, which is being powered mostly by private individuals.

*The three tiers of government should introduce integrated forestry policy system where land restoration is done in a manner that allows various stakeholders to operate in the forest mainly community forest within the ambits of the laws governing the use of forest estate. This is a win-win system that has potential to reduce intra and inter-communal conflicts by self-regulations using a combination of indigenous and traditional forest management systems as well as modern scientific approach.

This is with a view to creating economy; proffer solutions to all impediments in the wood industry, while providing a scenic brainstorming environment on the development of Nigeria's forest reserves.