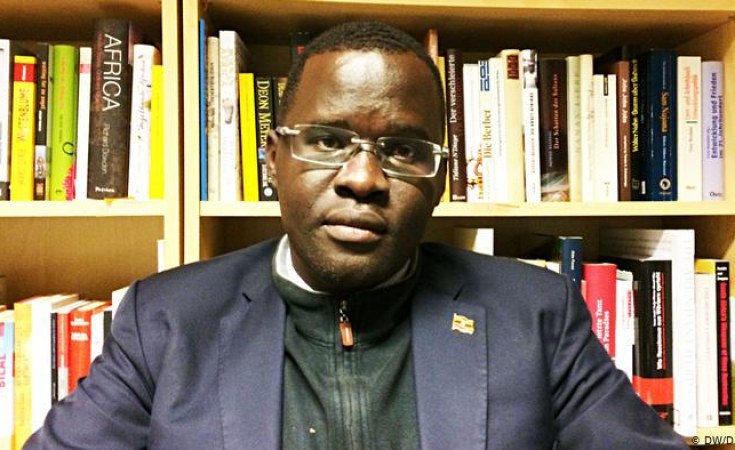 Kampala — Ugandan prosecutors have dropped money laundering charges against human rights lawyer Nicholas Opiyo. Police arrested Opiyo in December, along with three other lawyers and an opposition party official, as they collected evidence about the killings of opposition supporters ahead of presidential elections. Opiyo's lawyer says the dropped charge proves that due process was not followed, and that the state persecutes human rights defenders.

Lawyer David Mpanga said it had become apparent that there was no tenable case against Nicholas Opiyo.

Opiyo was arrested on allegations he had acquired $340,000 through ABSA Bank in the name of Chapter Four, a non-government organization that he heads, with the full knowledge that the said funds were proceeds of criminal activity.

Mpanga said it was clear that the money laundering charge would not be proved in court.

"But sometimes these things are brought not to prove them, but because they can be brought. And when they are brought, you find that during that time a lot of things are done, which constitutes the punishment. And that's why we call it an abuse of process," said Mpanga.

The High Court had given the state until September 15th to present its evidence for Opiyo's trial to kick off.

On Monday afternoon in a statement shared to the media and Opiyo's lawyers, the State Director of Public Prosecution stated that the office had decided to discontinue the proceedings against Opiyo.

The director's public relations officer Jacquelyn Okui said the office found it prudent to withdraw the matter so prosecutors could gather more evidence.

"Upon reviewing the case file, the DPP noted the need for additional evidence of national and transnational [crimes] which could not be secured within the timeline given to the office by the court," said Okui.

The Uganda Law Society welcomed the withdrawal of the charges saying they had previously advocated for this because of the way Opiyo was arrested did not comply with the due process.

Law Society President Pheona Wall said the withdrawal raises a lot of eyebrows and called on the DPP to avoid such cases in the future.

"We should encourage them to ensure that prosecutions are not used or abused to persecute human rights defenders. But also, flimsy cases should not stand," said Wall.

In statements through his organization, Opiyo maintains that the charges brought against him were trumped up and frivolous.

Chapter Four statements also said the funds in question were a grant from one of the organization's reputable, recurring donors, who legally supports Chapter Four's work of promoting and protecting human rights.