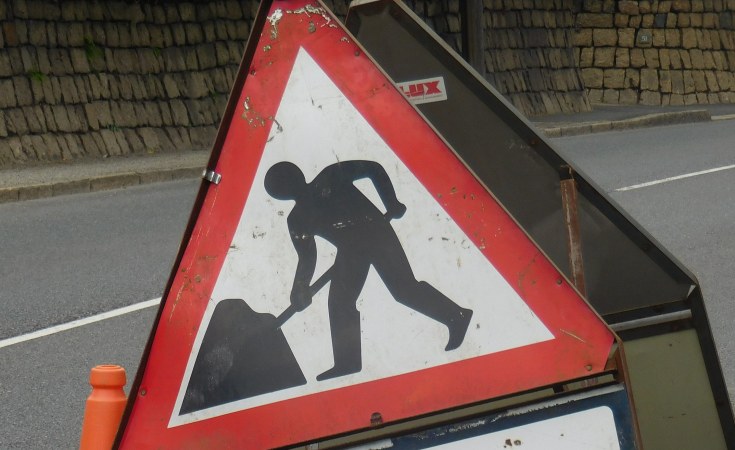 Construction of the vital Mbudzi Interchange Flyover in southern Harare is expected to start very soon with contractors moving on site today to work on the detour roads for diversion of the perennial heavy streams of traffic using the grossly congested roundabout.

Mbudzi roundabout is at the intersection of Simon Mazorodze, Chitungwiza and High Glen Roads that feed traffic from western Chitungwiza and many old and new suburbs into Harare city centre as well as the heavy national and regional traffic on the Harare-Masvingo highway.

In recent years, the roundabout has seen traffic lock-jams especially during morning and evening peak hours that see much of this traffic having to go two thirds of the way around the roundabout, basically blocking those on other roads from even accessing the roundabout.

While roundabouts are considered more efficient than traffic lights at such intersections, even they fail and the next stage is the full interchange, where direct traffic in given directions is allowed to move without ever having to stop and turning traffic is diverted onto diagonal feeder routes that merge into the main streams on the other road, again without having to stop.

The construction of the flyover at Mbudzi has been given as the only solution to the roundabout congestion for some years, but has now been moved from a potential municipal works to a Government project with financing being largely part of the financing arrangements for the upgrade of the final phase of the Beitbridge-Masvingo-Harare highway as the roundabout is easily the largest bottleneck on this highway.

Detours will start with sorting out Amalinda and Gumbi roads, which in any case were on the list of roads to be fixed under the Government's Emergency Road Rehabilitation Programme 2 where central Government has moved into municipalities to repair and, where necessary, reconstruct critical roads.

In Harare Metropolitan 35 contractors have been hired to work through the list of roads that have already been fixed or are still to be fixed.

Harare provincial roads engineer Ernest Shenje said there were more than 30 roads that still to be rehabilitated across the province over and above the construction of the flyover.

"Amalinda and Gumbi roads are going to be used as the detour during the construction of interchange at Mbudzi roundabout. So they are starting right now. Tomorrow we are handing over the project to the contractors whom we expect to take less than two weeks to bring equipment on site," he said.

"The whole city is charged with electricity as far as road works are concerned. We have engaged more than 35 contractors. Even on roads that are yet to commence contractors have been awarded these contracts for the projects," said Eng Shenje.

He said a lot of work was being done across the province apart from road resurfacing and pothole patching and gravelling.

"As we do this we are employing the local people so there is a lot of employment creation. The programme is a three-year programme which will end in 2023," he said.

At Mbudzi where the Government has now grabbed the nettle, Simon Mazorodze Road is the section of the main Harare-Beitbridge national highway running through southern Harare, so it has intercity and international traffic as well as being a main feeder road from the southern suburbs and western Chitungwiza into the city centre.

It is also the main link from these residential areas to the heavy industrial sites.

Chitungwiza road not only links that town to the industrial areas, but is also the main feeder road for the swathe of new suburbs across Harare south that have been developed recently.

High Glen Road is the main link for the vast south-western suburbs of Harare, home to at least a quarter of the capital's population, as well as serving the western parts of the main industrial area.

The combination of all these needs means that not only is traffic heavy, but there are high ratios of heavy trucks and buses in the traffic.

The flyover will be second for Harare. The first was built in the 1970s at the other end of Simon Mazorodze Road where it joins Cripps Road, Abdel Gamal Nasser Road and Fidel Castro Road with a branch into Lytton Road.

In the past month or so, the Government has gone overdrive in rehabilitating roads and infrastructure throughout the country as part of the National Development Strategy 1 (NDS1) and in line with Vision 2030, that if creating a middle in come society.