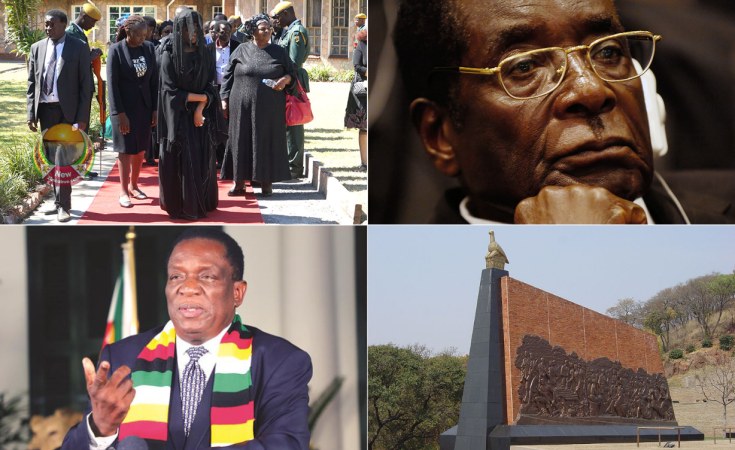 Opposition leader, Herbert Chamuka says the intended exhumation, for reburial at the National Heroes acre, of former President Robert Mugabe's, remains, could destabilise the nation due to differences in cultural beliefs.

He also fined Grace five cows and a goat for not carrying out the burial properly.

However, Chamuka said the scenario playing out could see people disagreeing and might end up causing an unintended conflict.

"The way the issue of the exhumation of Mugabe's is so prevalent in Zimbabwe, it could cause a situation whereby Zimbabwe is split in views and may lead to a serious conflict in traditional values.

"What is causing Zimbabwe to have different views is that Zanu-PF has a lot of factions so others are saying Mugabe's body should not be exhumed and some are saying it should be exhumed and buried at the Heroes Acre but if we look at history, Robert Mugabe is the one who won the elections in 1980 beating Ian Douglas Smith.

"So my views as the IPD leader are that Mugabe was supposed to have been buried at the heroes' acre but the problem is that the way that Mugabe was removed from presidency did not go well with a certain faction of Zanu-PF.

"Others are saying Mnangagwa wants Mugabe's staff/ spectre so that he can win the 2023 elections but that's not right," Chamuka added.

Mugabe family lawyer Fungai Chimwamurombe said the three children had challenged the exhumation ruling made by the traditional chief of the Zvimba area, Mugabe's rural home.

Mugabe's current grave in the Zvimba area is part of the chief's jurisdiction.

Chamuka added that it will also be a slap in the face of norms if Mugabe is not reburied as he presided over burials of national heroes at the national shrine even against their wills.

"The issue is Mr Mnangagwa is a person who has his reservations that Mugabe buried the likes of Josiah Tongogara, Simon Muzenda, Joshua Nkomo so it is embarrassing that after all this, Mugabe goes and gets buried in his rural town in Zvimba instead of being buried at the heroes' acre, Chamuka added.

According to Mugabe's lawyer, the late president's body is unlikely to be moved quickly as the case is likely to remain in the courts for a long time.