Malawi: DPP Case for Nullification of Election of President Chakwera Pushed to 29-30 Sept 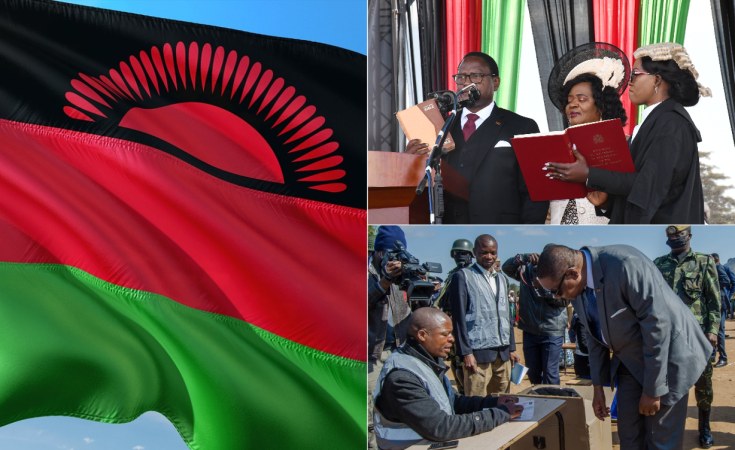 The Constitutional Court - hearing the case in which former ruling Democratic Progressive Party (DPP) wants the nullification of the election of President Lazarus Chakwera in the June 23 Fresh Presidential Election (FPE) - has set September 29th and 30 as days it will hear an application by the Attorney General (AG) in which he seeks to have the case dismissed altogether.

During the Court's sitting in Malawi's commercial capital Blantyre on Tuesday, AG Thabo Chakaka Nyirenda wants the case dismissed before the hearing of the main case because, among others, the application by the DPP was not supposed to come before the High Court sitting as a Constitutional Court.

Nyirenda argued that the decision that DPP is challenging emanated from a judgement by a High Court Judge Kenyatta Nyirenda who nullified the appointment of Linda Kunje and Jean Mathanga.

According to Nyirenda, DPP was supposed to challenge the decision in the Supreme Court of Appeal.

The chief legal advisor to the government also said the case should be dismissed because DPP is not a proper party to challenge the decision.

According to him, a presidential candidate of the party is supposed to contest the election.

He cited the Presidential Election Petition Case which was commenced by President Lazarus Chakwera and Vice President Saulos Chilima, leaders of MCP and UTM respectively following the May 19, 2019 presidential election.

Further, Nyirenda argued that the law provides for seven days for an aggrieved party to challenge declared results of an election and that DPP filed its application when the seven days expired.

Lastly, the AG argued that DPP created the irregularity on the two Malawi Electoral Commission (MEC) commissioners and said it cannot turn and ask the court to reward it for its own irregularities.

According to Nyirenda, "the Court cannot be in the business of rewarding irregularities."

But Charles Mhango, DPP lawyer, who was reprimanded during the same Court sitting for bringing to the bench forged documents said the former ruling would bring five witnesses which could be trimmed to three.

Meanwhile, Judge Sylvester Kalembera who is chairing a panel of five judges hearing the case has said the case will be heard on 29th and 30th if there will be resources available.

He said some of the judges were coming from outside Blantyre.

According to Kalembera, the Court was informed by the Registrar of the High Court of Appeal that the IFMIS was facing challenges in processing payments.

President Lazarus Chakwera defeated the DPP's Peter Mutharika in the rerun after the court nullified the 2019 election, which Mutharika had won. The DPP argues the rerun should also be nullified after the High Court quashed the appointment of four DPP commissioners to the Malawi Electoral Commission.

The court acted after the governing Malawi Congress Party had challenged the appointment of the commissioners.

In his ruling, Judge Kenyatta Nyirenda further said the quashing of the appointments did not affect the validity of the June 2020 re-run presidential election.

But the opposition DPP said Nyirenda erred in his ruling because he touched on issues beyond his mandate.

The party wants the court to also invalidate the rerun election because it was managed by commissioners who it says were wrongly appointed.

They argue that the Malawi Constitution does not recognize an election that was presided over by undeserving commissioners.

"My clients strongly believe that the elections that took place on 23rd June, electing President Chakwera, is also null and void because the principle of the law is very clear; out of nothing, come nothing," Mhango, DPP's lawyer, said.

Critics fear the case would result in another long and protracted legal battle which will cost the government a lot of money.

They believe the case could have been avoided had the government listened to the advice of the former attorney general, Chikosa Silungwe, that the government should recognize the commissioners.

Osman Kennedy, a law lecturer at Blantyre International University, told the press that serious implications will happen only if the court rules in favor of the DPP.

"Because what will happen is that we will revert back to 2020 when Mutharika was the president. Because the court may say 'no, if you [President Chakwera] were elected by the commission that was illegal, then you were not elected, then you were no longer the president and therefore we are reverting the status quo back to Mutharika and Chilima respectively.'"