Malawi: 10+ Her Period, Her Pride Donates Sanitary Pads to 58 Schools in Promotion of Menstrual Hygiene 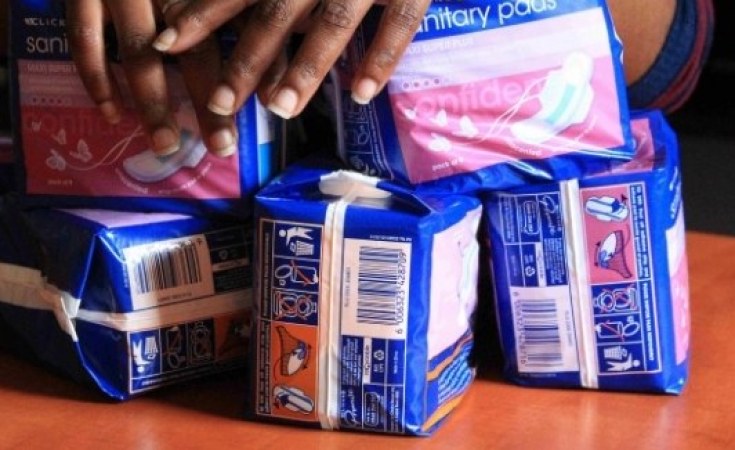 Masixole Feni/GroundUp
May girls routinely skip up to a week of school every month because they don't have sanitary pads.
Nyasa Times (Leeds)
By Chisomo Phiri

A youth initiative operating under the banner 10+ Her Period Her Pride on Tuesday donated reusable sanitary pads and tablets of soap to 58 primary and secondary school-going girls in the area of Traditional Authority (T/A) Chiseka as one way of promoting menstrual hygiene.

Aside from the donation, the initiative also conducted a health education awareness campaign on COVID-19 vaccine and cervical cancer whose chief aim was to ensure that girls are always healthy and strong.

Peter Mndalasini, 10+ Her Period Her Pride, team leader of the initiative said it was high time society ensured that school going girls--especially in primary and secondary--are practicing menstrual hygiene so as to avoid absenteeism that comes when girls are having their menses.

"Our school girls should not fail to go to school because they are on their monthly periods. That is why we are here donating these reusable sanitary pads so as to promote menstrual hygiene among them and make education accessible to them all the time," Mndalasini said.

According to Mndalasini, apart from donating the reusable sanitary pads to the girls, they also equip them with skills on how they can make them on their own at home.

In July, 10+ Her Period Her Pride won K1, 400, 000 in a competition organized by Old Mutual Malawi, and Mndalasini said they were using the award money to train girls on how to make the reusable sanitary pads.

In his remarks, Chiseka Youth Club chairperson, Chimwemwe Mhango, thanked 10+ Her Period Her Pride for coming in to help the girls so as they do not miss classes when they are going through their monthly periods.

"We thank the initiative for this donation. With this, we do not expect girls to miss classes because they are on their menstrual periods as it was before," Mhango said.

One of the girls who received the pads, Martha Tembo of Chipala Primary School, said she could not afford to buy sanitary pads and said was excited that she now had some that she could reuse.

"I think I will no longer have a reason to stay home and miss school because of my monthly period," Tembo said.

Her Period Her Pride is a six months project funded by Women Deliver, and its main objective t is to improve access to free sanitary pads among primary and secondary school girls.

So far, over 511 primary and secondary school girls from urban and semi urban schools in the country have already benefited from the project.