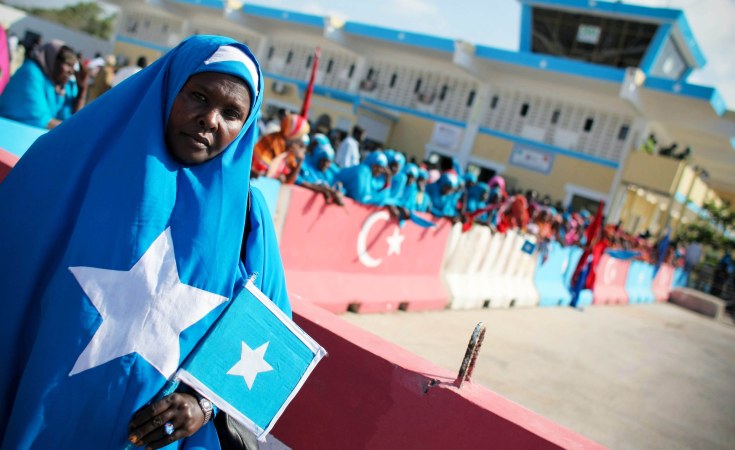 United Nations
A woman dressed in the colours of the Somali flag.
The Nation (Nairobi)
By Moraa Obiria

The UN Deputy Secretary-General (SG) Amina Mohammed, has called on Somali clan elders to support a 30 per cent representation of women in Parliament.

The country's citizens are currently electing their 54 senators followed by elections of 275 Members of Parliament, after which the 329 legislators will vote in the President.

Somalia indirectly elects its legislators, a model in which 101 delegates nominated by clan elders elect MPs. While Federal Presidents nominate senators who are then endorsed by the State assemblies.

"Elders of the Somali clans, we are counting on your leadership to implement the 30 per cent quota for women. All daughters of Somalia deserve equal opportunities," tweeted Ms Mohammed on Monday upon meeting the elders in Somalia during her tour.

"The agreement stipulates that the 30 per cent women's quota will be protected. The Federal government is committed to fair, transparent, accountable and inclusive elections," he told The EastAfrican.

In the 2016 parliamentary election, 80 women were selected for Lower and Upper Houses.

The UN deputy SG noted that "Implementing the 30 per cent minimum quota for women in the ongoing elections will be a watershed moment for Somalia and the Sustainable Development Goals."