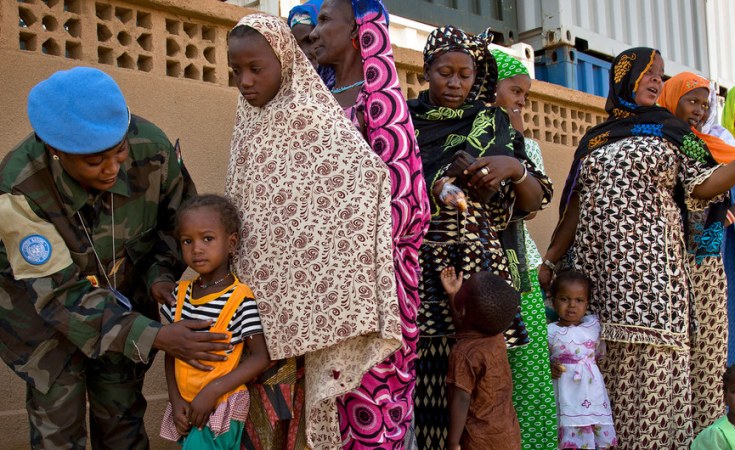 The COVID-19 pandemic continues to be the greatest shared global challenge since the UN's founding 75 years ago, according to the annual Report of the Secretary-General on the Work of the Organization, published on Thursday.

"The global health, social, economic and human rights crises triggered by the COVID-19 pandemic have underscored the importance of multilateral cooperation - and tested it to the limit", said Secretary-General António Guterres.

From safeguarding people and jobs, to assisting Governments in ensuring a sustainable and equitable recovery, the United Nations has played a central role in responding to the pandemic.

It has supported some 160 countries in tackling the health, humanitarian, social and economic impacts of the virus and helped more than 260 million students to access remote learning.

At the same time to debunk COVID-19 misinformation, the UN Verified initiative has published over 1,000 pieces of digital content in at least 50 languages.

Because human rights are at the centre of the UN's work in driving peace and security, social stability, public health and a healthy environment, the Organization has supported 8,594 victims of contemporary forms of slavery in 23 countries, partnered with 89 States to reform discriminatory laws and assisted 40,000 victims of torture in 78 nations.

In the report, UN Political Affairs chief Rosemary DiCarlo described the pandemic as "a political stress test", that "has also confirmed that political will to make and sustain peace can overcome any barrier, especially if there is support from the global community".

The UN has also assisted 81,000 Stateless individuals in acquiring or confirming their identity and supported 82.5 million people fleeing war, famine and persecution.

UN peacekeeping chief Jean-Pierre Lacroix underscored the importance of "our collective dedication", saying the people "who depend on us expect no less".

The Organization has continued to advance evidence-based policies that support States in recovering from the pandemic while nudging forward the Sustainable Development Goals (SDGs).

And on the ground, resident coordinators and UN country teams have assisted over 240 million people with essential services, 36 million with critical water and sanitation supplies and 120 million with social protection schemes.

Its swift and integrated support to Africa's COVID response focussed on health and humanitarian interventions as well as socioeconomic assistance to protect vulnerable populations.

In mobilizing global climate action, from science-based reports to public advocacy and private negotiation, the UN has contributed to creating a growing coalition for net zero emissions by mid-century and increasing awareness in the investment community that fossil fuels are riskier and more expensive than renewable energy.

Moreover, the Climate Ambition Summit of last December, delivered plans and pledges from 75 countries on their intentions to cut global emissions by 45 per cent by 2030 compared with 2010 levels, in accordance with the Paris Agreement.

The pandemic has also magnified the world's exposure to crime, corruption, drugs and terrorism, with stay at home orders intensifying risks of domestic violence and online sexual exploitation.

Greater inclusion and access to justice became more vital than ever over the past year.

The UN helped to achieve this by contributing to COVID-19 preparedness in detention centres that resulted in improved prison conditions and basic services for detainees and increased its online activities to strengthen support on cybercrime, with an emphasis on online child sexual abuse and exploitation.