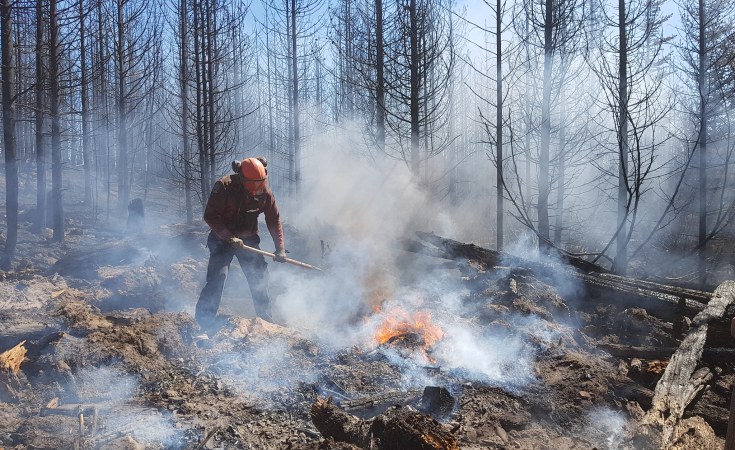 More than 100 Working on Fire firefighters were deployed to Canada in early August to assist with that country's wildfire crisis. The programme offered youngsters an opportunity they may never have gotten otherwise and was instrumental in controlling the wildland fires, a fingerprint of the climate crisis.

More than 100 South African firefighters returned home on Thursday morning after 36 days of helping to fight wildland fires in Canada.

As they marched through sliding doors into the arrivals terminal of Johannesburg's OR Tambo International Airport, chanting and whistling, in heavy boots and bright yellow uniforms, fellow travellers (usually in a rush to catch their flight) couldn't help but stop and look, wondering who they were and where they had been.

On 10 August firefighters from the Department of Forestry, Fisheries and the Environment's Working on Fire programme were deployed to Manitoba in Canada to assist with wildland firefighting efforts.

"It was beyond their capacity. By the time we came in,...

Previous Story
Next Story
Forestry, Fisheries and the Environment On Firefighters Returning From Canada Deployment

Forestry, Fisheries and the Environment On Firefighters Returning From Canada Deployment