Uganda: The Hidden Wealth in Cassava 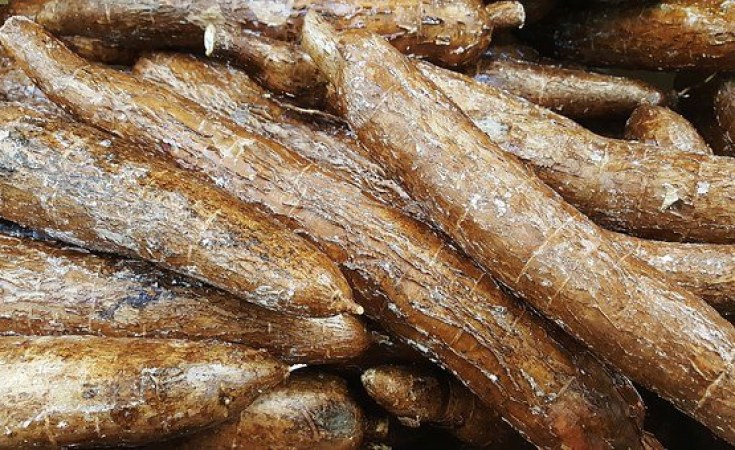 In Uganda, 74 per cent of farming households grow cassava but the majority of them are poverty-stricken communities, with very limited access to markets. More than 96 per cent of the cassava farmers access low cassava planting materials from their own fields or from fellow farmers.

Cassava is flexible and the slow rate of growth makes it suitable for intercropping, especially with maize. Cassava production is carried out all year round lasting an average of 12 months in the field.

The Programme for Education, Advocacy, Counselling and Economic Empowerment (PEACE), a humanitarian project by the Adventist Relief Agency (Adra), established a functional cassava seed system in northern Uganda among refugee hosting communities for sustainable productivity of cassava in the target project areas.

The aim of the project is to reduce hunger and poverty among refugee hosting communities.

Potential farmers groups were identified and trained in technical and business management skills.

Jerry Kiwanuka, a livelihoods officer and agronomist with Adra, says other activities of training include multiplication of pre-basic and basic seeds; procurement of basic cassava seed for establishment of cassava seed multiplication farms; marketing of the quality planting materials to farmers and cooperatives; and linkages with other institutions to facilitate technical follow up, quality control and certification.

How the business operates

High-quality cassava cuttings for planting are often in short supply, especially in refugee hosting settlements. This implies that farmers require the supply of high-yielding, disease-resistant improved cassava varieties. These varieties have the potential to raise the low cassava productivity on farmers' farms by up to 30-40 tonnes per hectare.

Thus the introduction of improved varieties and agronomic practices into the cassava production system consequently can increase yields per unit area by 40 per cent according to Kiwanuka.

"Basing on findings, we found out that a lack of clean planting material was by far the most important problem among cassava farmers," he said. Also, accounting to the challenges was low yields, slow rates of adoption of the new varieties as well as insufficient quantity of recommended planting materials. Adra recruited 62 farmers groups comprising 1862 farmers as seed multipliers.

Chaplain Diima, is the chairman of the group. He reveals that they are now making great strides after switching to cassava stem multiplication.

"Our group was approved in March and we planted our first garden as a group in July. It is six acres of clean NAROCAS 1 stakes and we expect to earn a lot of money from selling the stems, then ratoons before we harvest the cassava," Diima said.

Molekungun Farmer's Group is a multifunctional group doing both community-managed savings and crop production. "When we harvest the stems, some will be shared among the farmers to get clean planting materials as a benefit. We shall then reinvest into the group savings," Diima says.

Training of farmers in multiplication of cassava stems has facilitated acceptance and adoption of the new varieties among cassava farmers.

But Diima says that stem multiplication has opened opportunities for employment, income generation and improved livelihoods for the cassava farmers concerned. "I am hoping to get school fees and upkeep for my children, feeding the family and taking care of other needs from the money I will realise from this business," he adds. This is echoed by the rest of the group members who have their own stories to share.

Planting materials are mainly supplied by Operation Wealth Creation (OWC) and the National Agricultural Advisory Services (Naads). But in some areas, there have been delays in distributing approved planting materials to farmers. As a result, demand is quite high thereby encouraging active participation of the private sector in the production, distribution and marketing of the improved seeds/varieties.

Considering that adoption of improved cassava varieties can be facilitated if they are readily available to farmers, farmers groups dealing in cassava stakes as a business are thriving.

The stakes planted by the groups are pre-inspected and treated against pests and diseases. With efficient field management, the cassava stems are ready for initial harvest six months after planting.