Africa: The Most Promising - and Proven - Carbon Capture Technology Is Nature 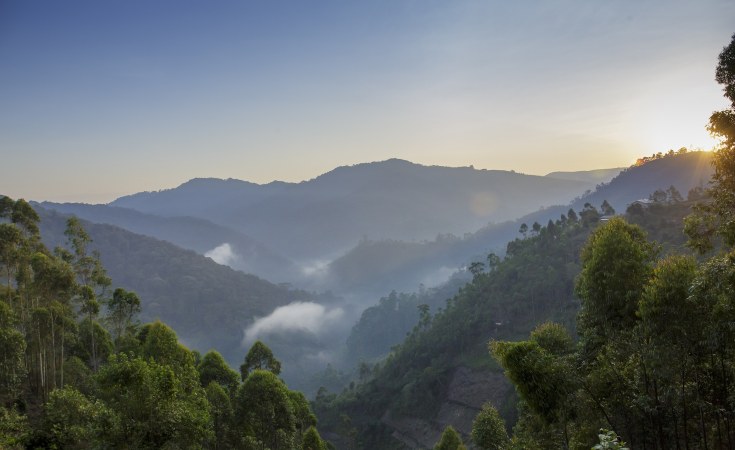 Each year, Earth's vegetation and oceans capture and store half of human emissions - a massive ecological subsidy to the global economy, entirely taken for granted.

For much of the summer, millions of people-from California to Siberia-woke up under a sky tinted orange by wildfire.

In the United States, temperate cities like Portland endured record temperatures approaching 120°F, and flames raced across the American West. Powerful winds carried the embers far and wide, reducing 3 million acres of land to ash, and cloaking cities as far as Philadelphia in a noxious fog.

This devastating wildfire season was a stark reminder that our climate is changing, and no one is safe from the effects.

As global carbon emissions continue to balloon year after year, there is a key ally standing between humanity and runaway climate change: our biosphere.

Scientists have long understood that the biosphere - Earth's complex web of terrestrial and marine ecosystems - soaks up greenhouse gases. But now, for the first time, research offers a clearer understanding of just how big a role these carbon sinks play in regulating our climate.

Our data indicates that without the aid of the biosphere, Earth would already be experiencing much bleaker scenarios: flooded communities, diminishing crop yields, and widespread climate migration.

From the canopy of the tropical rainforest to the vast expanses of the Artic tundra and sprawling roots of coastal mangroves, an extraordinary chemical process occurs every second: Through photosynthesis, plants absorb sunlight and carbon dioxide, then convert that gas into the sugar they require to grow and the oxygen we breathe.

Each year, Earth's vegetation and oceans capture and store half of human emissions - a massive ecological subsidy to the global economy, entirely taken for granted.

The miracle of our living, breathing biosphere has limited climatic fluctuations to around 1°C (1.8°F) over the last 10,000 years, which enabled us to develop advanced agriculture, ensure access to fresh water and even build cities in deserts. In short, climate stability has allowed human civilization to thrive.

But what if nature had failed to mop up our carbon pollution?

To find out, we modeled global temperatures if humans had gone through the Industrial Age with a biosphere that stopped capturing our carbon pollution. The results were dramatic.

Without nature's helping hand, we would have already crossed the 1.5°C (2.7°F) temperature increase widely considered to be the threshold for avoiding potentially catastrophic climate impacts. By 2100, the world would be creeping up on 3°C (5.4°F) - even with massive decarbonization of our economies, at which point the risks to our societies would be truly existential.

Every day that we continue to jeopardize the health of our biosphere, that nightmare inches closer to reality. Already, humans have disturbed 75% of Earth's land and 95% of her oceans. And through deforestation and other unsustainable forms of land use, we've destroyed half of the world's plant biomass.

As we do this, we not only undermine nature's ability to capture newly emitted carbon-we also risk unleashing carbon captured by ecosystems during centuries past.

Though vegetation captures carbon atoms, it doesn't destroy them. It stores them as biomass and soil carbon. In total, the world's ecosystems hold some 3,000 gigatons of carbon - which, if hypothetically released as CO2, would represent more than five times the amount of CO2 emitted by humans since the start of the Industrial Revolution.

Any time plant matter is burned or otherwise destroyed, stored carbon is released back into the atmosphere. Globally, ecosystems are resilient and have increased carbon removal in response to climate change; however, there are warning signs.

In 2019, forest fires ravaged Australia, Indonesia, and the Amazon, and though the immediate financial cost was substantial, the environmental 'carbon debt' is greater. Those fires alone caused 2.3 gigatons of carbon to spew forth - and if current drought and deforestation trends hold, the parts of the tropics could become a net source of carbon, rather than a sink.

We are staring down a planetary emergency-but we need not give up hope.

Conservationists have a vast, well-tested toolbox for protecting and reviving resilient ecosystems. And just as every acre of land set ablaze pushes us further from our climate goals, every acre protected and restored brings us one step closer.

In fact, these "natural climate solutions" have the potential to provide a third of the emission reductions called for under the U.N. climate framework, which could be the difference between climate policy failure and success.

Make no mistake, we have plenty of work ahead of us. We still must rapidly reduce our reliance on fossil fuels and halve emissions from the global economy each decade to reach net zero by 2050.

We must adopt sustainable forestry and farming practices that prioritize long-term returns over instant profits. And we must adopt new carbon financing mechanisms that ensure forests are just as valuable alive as they are dead.

But we aren't alone in this effort. Nature is resilient, and our world's greenery has more to offer us than we know-but only if we give her room to breathe.