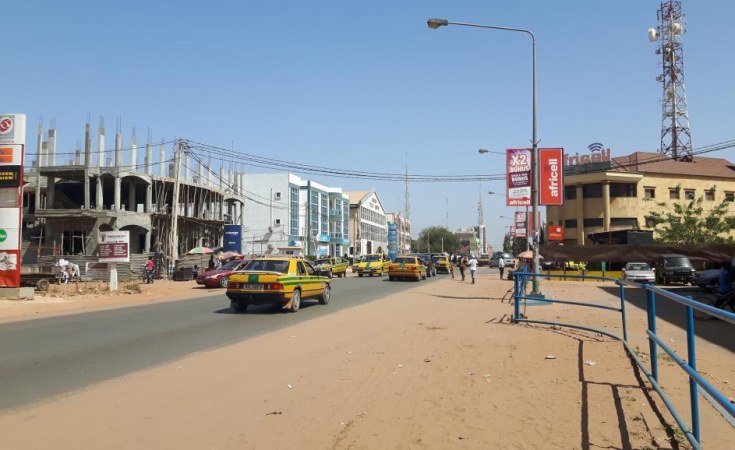 Gambia President Adama Barrow dropped a political bombshell earlier this month ahead the campaign season for the 4th of December presidential polls by forming an alliance with the political party of exiled former dictator Yahya Jammeh. The shock announcement shook Gambians who have lived through 22 years of Jammeh's iron-fisted rule. Especially hard hit are the victims of the Jammeh regime.

"Now that the government is allying with them how are they going to prosecute people they are joining with? It becomes a bit controversial," says Baba Hydara, whose veteran journalist father, Deyda Hydara was assassinated in 2004 by members of Jammeh's hit squad The Junglars, allegedly under his authority.

The country has tried to heal from the alleged murders, rapes, disappearances and psychological terror citizens were subjected to under the Jammeh regime.

The Truth, Reconciliation and Reparations Commission (TRRC) was set up in the aftermath of Jammeh's exit to probe gross human rights abuses during his 22-year tenure. The TRRC aired witness statements from Gambian victims and eyewitnesses, assembling them into a report that will be presented to Barrow on 30th of September.

Although the terms and conditions of the agreement between Barrow's National People's Party (NPP) and Jammeh's Alliance for Patriotic Reorientation and Construction (APRC) party have not been disclosed. Senior APRC officials say Barrow would grant Jammeh amnesty if he wins the December polls. He reportedly would have the right to allow Jammeh, who is currently in exile in Equatorial Guinea, to return to The Gambia.

While announcing the formal agreement between the two parties, APRC interim party leader Fabakary Tombong Jatta, party head in parliament during the days of dictatorship, described the party as a victim of mudslinging, and hailed the coalition agreement as a victory for human rights.

Barrow gave a thumbs up to the agreement during a crowded rally, telling his jubilant supporters that the alliance would propel him to election victory in December.

"I think our situation is unique. Since the alliance was announced all my enemies couldn't sleep," he added.

Seven political parties came together to back Barrow's campaign for president in 2016, uniting over stopping Jammeh's brutal dictatorship. It was an alliance backed by the people, as Barrow ultimately won at the ballot box.

Gambian analysts and civil society activists have frowned on the new APRC-NPP pact, calling it a desperate move by Barrow to win a second term.

"In 2016 we were saying we were at a crossroads-- this is like a double crossroads. How are we going to deal with the issue of the victims?" says Sait Matty Jaw, pundit and political science lecturer at the University of The Gambia.

Some victims say that the pact with Jammeh's party has dashed their hopes for justice for the crimes committed during Jammeh's time. Africa Calling spoke to a number of vicitims who declined to be identifed for fear that Jammeh would return to power.

"The government set this commission, promising people that there will be an investigation, and there will be recommendations, and government is supposed to act on these," says Essa Jallow, TRRC spokesman.

"What one must ask now is why would anybody reject the report based on valid legal grounds?" he added.

As politicians from reportedly 20 political parties begin their campaigns and air their campaign promises, a post-election video of a press conference from January 2017 has been circulating on social media.

When Barrow came to power through the ballot box in late 2016, he signed an agreement. Although constitutionally Gambian presidents serve for five years, Barrow said that as transitional president, he would only serve three.

One month after his victory, Barrow was challenged by a local journalist at a press conference, who asked him point blank if he would keep the promise of a three-year mandate.

"The agreement is three years; we have a mandate to do within those three years. It depends on the commission now whether the job is completed in three years or not. But as of now, it is three years," said Barrow.