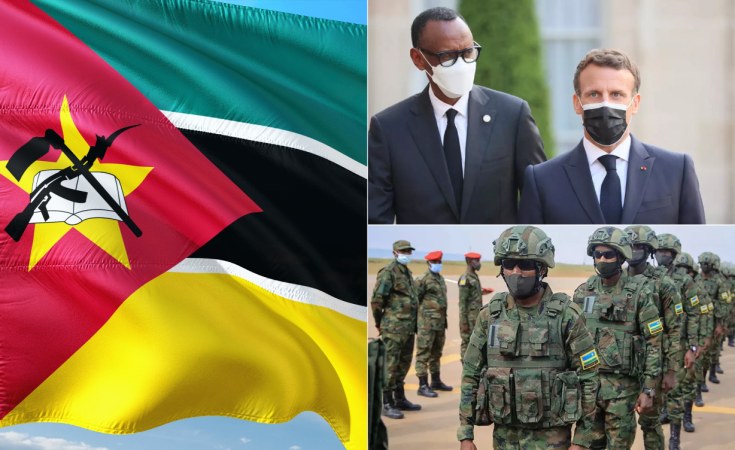 Upon arrival at Mocimboa da Praia on Saturday, he was welcomed by the Joint Force Commander, Maj Gen Innocent Kabandana, who briefed him about the progress of military operations against terror groups in Cabo Delgado.

Muganga met Rwandan troops and "commended them for the good work done" since their arrival in Mozambique, reads an RDF statement.

As noted, he further conveyed a message of appreciation from the RDF Commander-in-Chief, President Paul Kagame, for the security achievements gained since the Force's arrival in Cabo Delgado.

Muganga urged the Forces to keep the momentum and continue to be good ambassadors of Rwanda.

Rwandan troops in collaboration with Mozambican Forces fought and dislodged the terror groups from several towns including their main bases in Mocimboa da Praia and other localities that include Awasse, Palma, Quionga, Chinda, Mbau, Mapalanganha, Tete, Njama, Quelimane and, most recently, Siri I and Siri II.

On July 9, the government of Rwanda, at the request of Maputo, deployed 1,000 troops to Cabo Delgado to help fight the terrorists, stabilise the area and restore the authority of the state. Kigali sent troops to work closely with Mozambique Armed Defence Forces (FADM) and forces from SADC, in the fight against terrorism in Cabo Delgado.

The joint forces on August 8 dislodged the terrorists from Mocimboa da Praia, a key Mozambican port city that had been the headquarters of the Islamic State-linked terrorist group in Cabo Delgado Province since 2015.

After fleeing from Mocimboa da Praia, the terrorists moved further southwards into the thick forests of Mbau where the joint forces pursued and pushed them out.

The government of Rwanda on August 18 indicated that it is inclined to continue to collaborate with the government of Mozambique as well as other partners in the next phases of stabilisation and development.

In the past few weeks, hundreds of previously displaced people have been helped to return to their villages and carry on with their normal lives.

Previous Story
How Big Is the Islamic Threat in Mozambique? and Why Are Rwandan Troops There?
Next Story
Quissanga Displaced Urged to Return Home

How Big Is the Islamic Threat in Mozambique? and Why Are Rwandan Troops There?