Nigeria: Big Four - These Are the Auditors Earning Billions From Nigerian Banks 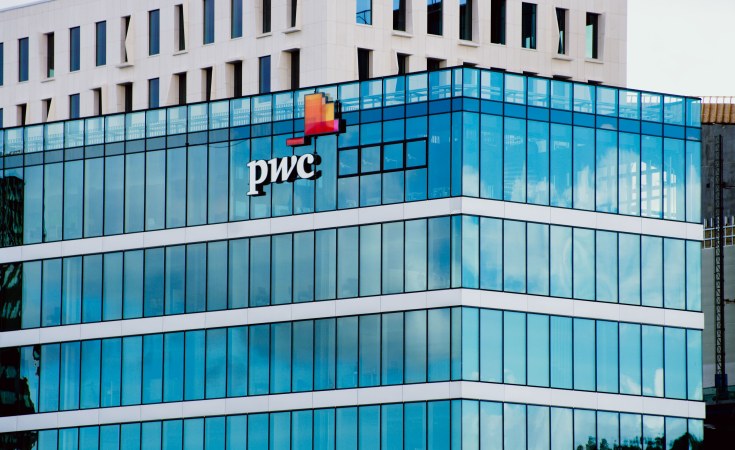 In 2020, PricewaterhouseCoopers received the highest earnings of N2.98 billion from auditing three of the big five Nigerian banks called FUGAZ.

The four companies handled most of the bank audits. A fifth firm, Grant Thorton, audited at least one bank.

The auditors likely made more money auditing banks as figures in this report reflect only those highlighted in the banks' financial reports. Those not published, alongside services retained by unquoted banks, are not covered.

Auditors are financial professionals who are responsible for reviewing and evaluating corporate organization's records to ensure accuracy, honesty and compliance. The financial auditors perform either internal or external audits.

An audit can be conducted quarterly, bi-annual, and annual and auditors must be changed at least every 10 years to conserve auditors' independence.

Ernst and Young (E&Y), another of the big 4, also earned N1.15 billion auditing 3 banks out of the 11 banks on the list namely; Fidelity, UBA and Union Bank.

EcoBank did not indicate how much it paid its auditors, Deloitte and Grant Thornton.

Operating in Nigeria since 1953 through its predecessor firms of Coopers & Lybrand and Price Waterhouse, PwC is a network of firms in 157 countries with over 276,000 people.

Based in London, United Kingdom, PwC offices around the world recorded a gross revenue of $43 billion as of June 2020.

The firm ranks as the second largest professional services firm in the world, which makes it one of the "Big Four."

Considered the largest provider of professional services in Africa with close to 400 partners and over 9,000 people in 34 countries, PwC has over 1000 staff and 31 resident partners within Nigeria with offices in Lagos, Abuja, and Port Harcourt.

It is committed to serving as a force for integrity, good sense, and wise solutions to the problems facing businesses and the capital markets.

PwC gives its staff the choice between gaining ICAN or ACCA qualifications.

Among the 11 listed banks on the Nigerian bourse, PwC topped as the highest auditor in terms of the amount received.

Deloitte is the largest professional services network in the world by revenue and by the number of employees. In 2020, it generated an aggregate revenue of $47.6 billion.

Deloitte & Touche is Nigeria's oldest indigenous accounting firm and the Deloitte Touche Tohmatsu Limited (DTTL) member firm in Nigeria was established in 1952 by Akintola Williams, regarded as the first African to qualify as a chartered accountant.

Based in the Netherlands, KPMG is a network of firms in 147 countries, with over 219,000 staff and partners, its line of services are financial audit, tax, and advisory.

The Financial Reporting Council (FRC) said checks of 103 audits by KPMG, PwC, Deloitte, EY, Mazars, Grant Thornton and BDO from 2019 and 2020 showed nearly a third required improvement, only a marginally better outcome than in its previous annual survey, Reuters reported.

KPMG was appointed as the external auditors of FBN Holdings in April 2020, replacing PWC that had served as the bank and the bank's holdings' auditors for eight years and 10 years respectively.

With its headquarters in London, UK, E&Y is a multinational professional services firm that primarily provides assurance, tax, consulting, and advisory services to its clients.

Founded 32 years ago, after the merger of Ernst & Whinney and Arthur Young & Co., it has 280,00 employees in 150 countries around the world.

In 2020, E&Y ranked third on Accounting Today's ranking of the top 100 accounting firms based on their revenue in the U.S. The firm generated $15 billion in its last reported fiscal year.

In Nigeria, it offers professional services through teams drawn from a pool of 25 partners and over 410 professional staff with diverse and specialised skills.

The UK- based firm, which has revenues in excess of $1.95 billion, operates in more than 140 countries with over 56,000 persons in its network.

Grant Thornton and its member firms is a separate legal entity. Its services are delivered by member firms.