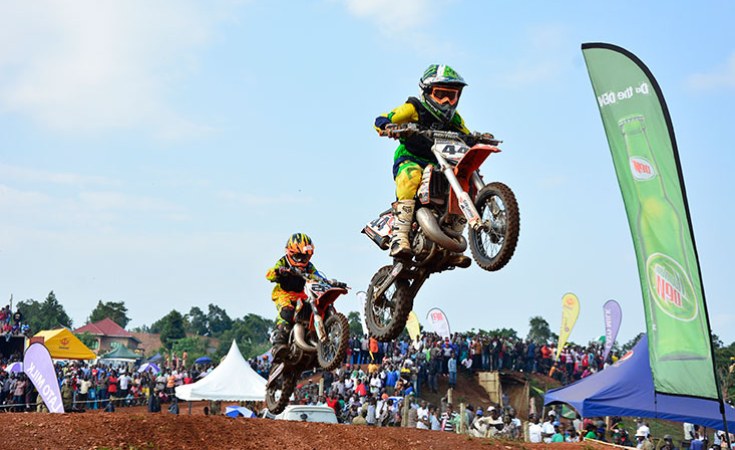 Collin Matiza — ZIMBABWE'S junior motocross champion rider Emmanuel Bako was left cursing his luck after he was forced to settle for second place in the 85cc Pro Mini Class during the fifth round of the 2021 South African National Championship series at Chestnut Hill Motocross Park at Bronkhorstspruit in Gauteng on Saturday.

Coming up against some of South Africa's top junior motocross riders, Bako fought hard in both heats of the 85cc Pro Mini Class but his gallant effort was not good enough to stop one of his arch-rivals, Neil van der Vyver, from claiming the first step on the podium in this section which had a strong field of 15 bikers.

Third place went to Trey Cox of South Africa. It was a day of ties as several riders shared the spoils across the classes, while others went far closer to form. The 85cc Pro Mini Class proved another brilliant fight. Second race winner van der Vyver's Rockstar Husqvarna, double second-placed rider Bako's KTM and opening moto winner Cox, on a Red Bull KTM, were split by just two points at the end of the day. Husqvarna duo Ryan Adler and Jordan van Wyk were next up ahead of Tristan Durow's KTM. Cox left Gauteng in a seven-point title advantage over new second place man van der Vyver, van Wyk and Bako.

According to reports from Chestnut Hill Motocross Park, Bako (14) did extremely well on this big national race as he took both hole shots but he fell in lap three of Heat One, dropped to eighth place and then chased the leading pack to come home in second place.

In the second heat, Bako took a hole shot again but he dropped his bike back to seventh position before fighting back to finish in second place, which was his overall placing of the day.

Unfortunately, Bako missed out on the US$2 000 incentive, which was dangled to him by one of his avid fans, Gilbert Mkwavira, as a challenge for him to conquer the fifth round of the 2021 South African Nationals on Saturday.

And speaking to The Herald after Saturday's race meeting in Gauteng, Bako's father and manager, Brighton, felt his son did very well to finish second with 44 points at the end of the day. "What an exciting race. Emmanuel was in the thick of things when the gates dropped for Heat One but the mishap in lap three cost him the number one position and I think this affected him psychologically in Heat Two but he showed some fighting spirit to finish second overall.

"All in all, he had a good race and we would like to thank his main sponsors Better Brands Jewellery of Zimbabwe who have always made it possible for Emmanuel to come and race here in South Africa almost on a weekly basis. A big thank you also goes to his coach Tyron Juul and Mike Whara, the bike mechanic," Brighton Bako said. Emmanuel's next race across the Limpopo is this coming weekend when he competes in the North vs South race meeting, which is one of the biggest regional events in South Africa.