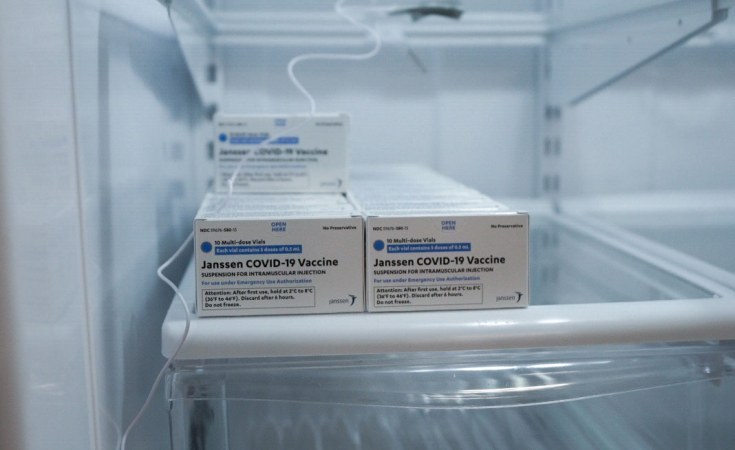 With five different types of Covid-19 vaccines available in the country, two of them will be dispatched to selected counties due to demanding storage requirements.

Pfizer and Moderna have to be kept at -70° Celsius (-94° Fahrenheit) or below, and -20° Celsius (-4° Fahrenheit), respectively. Their distribution will, thus, be based on the availability of cold-chain storage facilities.

These are only available in Kitengela, Nairobi, Eldoret, Kisumu, Mombasa, Nakuru, Nyeri, Meru and Kakamega.

The two vaccines will only be distributed to areas that are within a maximum of seven hours from regional depots. Garissa County will also receive them when the shipment of a specialised deep freezer suitable for the climatic condition arrives.

Pfizer is a messenger RNA (mRNA) vaccine. Such vaccines take advantage of the process that cells use to produce proteins to trigger an immune response against the virus.

"The vaccine works by conveying genetic instructions to cells to make spike protein antigens specific for the virus. The antigens will then be recognised by the immune system of the vaccinated individual, generating an antibody response to neutralise the virus," said Anne Dembah, Pfizer Kenya Country Manager and East Africa Cluster Lead.

Head of the Covid-19 vaccine deployment task force, Dr Willis Akhwale, said Pfizer has only been distributed in Nairobi and Eldoret.

The other jabs authorised in Kenya - AstraZeneca, Sinopharm and Johnson & Johnson -- will be distributed to the other counties since they can be stored at normal refrigeration temperatures of two to eight degrees Celsius. This is because none of the medical facilities will have to create deep freezer chambers or fly in innovative cold storage facilities. Distribution will be done according to the vaccine deployment plan that dictates that only hospitals that administer more than 500 doses weekly will get Pfizer. Moderna will be supplied to those that administer more than 100 doses per week.

The guidelines also dictate that only certain Level Five and all Level Six hospitals will be issued with more than one type of vaccine. They won't, however, be allowed to administer the different jabs at the same point. Dr Akhwale said all vaccines are safe and protect against Covid-19, adding that there is no need to be choosy.

Vaccine efficacy is its ability to make a person less likely to catch the disease.

They can also make one less likely to transmit the disease. The controversy surrounding vaccine efficacy and debate on which type is superior to the other is not just limited to Kenya. In March, the city of Detroit in Michigan, US, rejected 6,200 doses of Johnson & Johnson after Mayor Mike Duggan said Moderna and Pfizer were the best based on the efficacy rates of 95 and 94 per cent respectively.

The Johnson & Johnson vaccine is taken as a single dose, while the others require two. Pfizer requires that the second dose be administered after seven days while Moderna's second is taken after 14 days.

Johnson & Johnson, which is also less expensive at about Sh1,102 a dose, can be stored in a refrigerator, while Pfizer and Moderna require freezers.

Pfizer costs twice as much as Johnson & Johnson while Moderna goes for between Sh2,755 and Sh4, 077 per dose.

China's Sinopharm can be stored in a refrigerator at two to eight degrees Celsius. On December 30, 2020, phase three trials of the vaccine showed that it was 79 per cent effective.