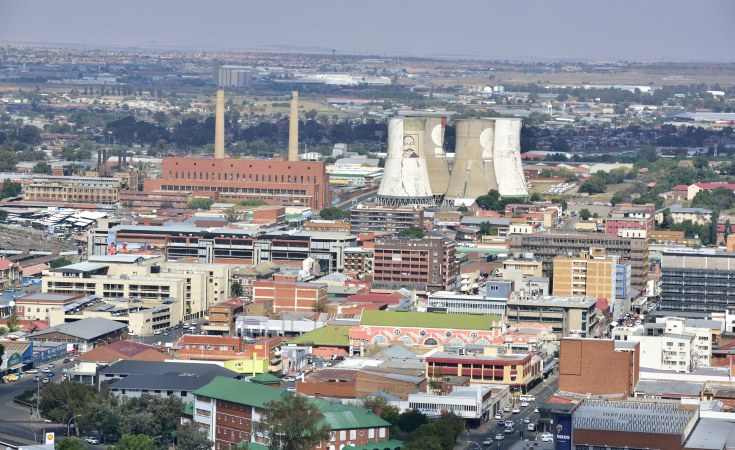 Heatwaves pose a major threat in urban settlements, and many lives will be lost without timely planning and action.

With rapidly rising temperatures due to climate change, South Africa's growing urban areas are a ticking time bomb. The building materials used in cities absorb and trap heat, contributing to the potentially deadly Urban Heat Island effect. And while heatwaves are less dramatic than hurricanes, floods and wild fires, they pose a significant threat to health and life.

Council for Scientific and Industrial Research (CSIR) studies on South African cities estimate that the Urban Heat Island effect can increase temperatures by 3°C to 10°C compared to a city's hinterland. Those most at risk are the poor, elderly and young, people living in informal dwellings without proper insulation and ventilation, those reliant on public transport, and communities without access to green spaces and water.

Heatwaves are a global phenomenon, and in the past four decades the International Disaster Database has recorded 196 heat-related disasters. However African statistics on heat emergencies are scarce - only eight of the 196 events came from the continent, and one was from South Africa.

Officially, just 11 fatalities have been attributed to severe heat in South Africa. Yet researchers studying excess deaths through temperature correlations found a very high mortality burden associated with warmer weather. Nearly 30 000 deaths in the country were directly attributable to increased temperatures from 1997 to 2013, pointing to severe underreporting.

While long-term and climate change adaptation plans acknowledge heat as a significant threat to South Africa, this isn't reflected in city preparedness or emergency response plans. Risk assessments are based on historical records, and if these are missing, they become almost invisible to disaster managers.

The CSIR's 2019 Green Book created a heat-stress matrix that highlights the cities most at risk. This is based on a projected rise in very hot days (days above 35°C) combined with increases in heatwave days (unusually high temperatures for three or more consecutive days).

The CSIR research shows that 454 cities and towns primarily located towards the north-west, northern and central highlands face severe heat stress by 2050. The most significant risk will be in Upington and Kimberley (Northern Cape), Mahikeng (North West), Bloemfontein and Botshabelo (Free State), Lephalale and Musina (Limpopo) and Mbombela (Mpumalanga). In addition to more heatwaves and very hot days, these cities are all growing and expanding.

The building inventory created by GEOTERRAIMAGE shows that nearly half a million people live in 188 212 informal dwellings within these eight high-risk cities. All of them face a growing but imminent threat of increased morbidity and mortality.

Many of these at-risk cities and municipalities are utterly unprepared. All spheres of government should undertake disaster risk reduction, and the Disaster Management Act makes risk assessments compulsory. But these evaluations seldom translate into good practice. And although heat-related hazards are mentioned in many local disaster management plans, a lack of historical data means few consider heatwaves a prevalent disaster. As a result, contingency plans are lacking.

The worst is yet to come, and the next couple of decades will bring more heat stress as temperatures rise and heatwaves increase in magnitude and frequency. Projections show that heat-related deaths among the elderly in South Africa can climb from a baseline of two deaths per 100 000 to as many as 20 to 50 deaths per 100 000 by 2050.

After the disaster, France put in place a series of responses to avoid future devastation. A national heatwave plan was drawn up, and a comprehensive emergency plan was adopted that would kick into action with early warnings issued by their health-watch system.

Emergency responses included school closures, labour restrictions between certain hours and parks opening for extended periods. Databases of vulnerable people were drawn up, cooling rooms opened, and awareness campaigns were run. Shade and showers were provided at homeless shelters, water was placed in public spaces and on transport routes, and temporary spray parks were created.

These plans were tested in 2016 and again in 2019 when France experienced two back-to-back heatwaves that set all-time records. Mortality rates were significantly lower, even despite thermometers showing highs of 46°C.

South Africa can learn from countries like France even if our circumstances are different. Many of the steps taken there are not suited to a water-scarce, electricity-constrained and unequal country such as South Africa.

As urbanisation continues, building adaptive capacity into the design of settlements will be vital for saving lives. Worthwhile initiatives such as C40's climate action plans are seeing cities such as Cape Town, Ekurhuleni, Ethikwini, Tshwane and Johannesburg pledge to build urban resilience. But South Africa needs to urgently pass the draft Climate Change Bill and implement the National Climate Change Adaptation Strategy.

Decisive mitigation actions worldwide will protect against future losses from heatwaves. However good disaster management plans and responses are needed to safeguard cities within the next few years. Municipalities must conduct a heat risk assessment and put in place heatwave contingency plans for high-risk settlements.

Good communication channels are needed between early warning systems and local governments to enable timely responses. To avoid losing many more lives, at-risk cities have to be prepared and proactive, using the structures put in place by the Disaster Management Act.