Africa: Opinion - the Next German Chancellor Must Prioritize Ties With Africa 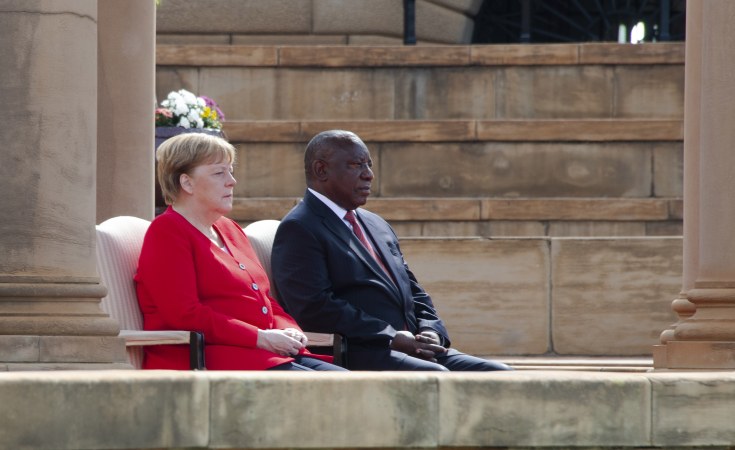 As Angela Merkel leaves the stage, it seems the curtains are being drawn on an era when German political objectives had a strong emphasis on Africa. Mimi Mefo Takambou says ignoring Africa would be a strategic mistake.

I will be holding my breath as I await to find out who succeeds Angela Merkel. As an African, I am a stakeholder in this election -- not only because I live in Germany, but also because of what it will mean for the future of the country's relationship with my continent.

The dominant themes in the election debates and manifestos have so far been climate change and the COVID-19-affected economy. Other issues, such as the future of the EU, have received scant attention. This means that policies on Africa are less of a priority both for the electorate and for the new government.

I am of the opinion, however, that Germany cannot afford to ignore international relations. Globalization means that a country's economic policy is only as robust as its foreign policy.

A clear focus on migration and the economy

While it was possible for Germany to take a back seat in international affairs prior to the refugee crisis in 2015, the dynamics are changing as more and more people from Africa and Asia are compelled to seek refuge and asylum in Europe.

There are, therefore, two areas that I feel the new German government will need to focus on. These are the economy and migration. Not the German economy, but those of the most vulnerable countries in the world.

At the recent Africa summit in Berlin, I got the impression that Merkel was optimistic about the prospects of the Compact with Africa initiative. However, the same cannot be said for the African side. The prospects for continuity are slim. Although German investment in Africa has moderately increased in the past few years, there is not much to suggest the trend will continue based on what the current contenders for chancellor have been saying.

To me, Merkel's exit marks the end of an era where there was a substantial focus on investment in Africa.

In terms of migration, however, the dynamics are much different. With the Taliban back in control in Afghanistan; the escalation of the war for independence in Cameroon's English-speaking regions and in eastern Nigeria; the Tigray war in Ethiopia; and the threats of military takeovers across Africa, we could be facing a refugee situation akin to 2015.

The issue facing the incoming German leader is not only about working to improve economic sustainability in Africa to stem mass migration. He or she must get involved in helping to resolve some of the security challenges plaguing the continent.

Addressing climate change and economic problems cannot be done effectively while ignoring the impact that forced migration will have. Tackling migration should not be about bolstering Fortress Europe and trying to keep refugees out. It should be about taking a leadership role in tackling the inherent issues that trigger such mass movements of people.

To that end, Merkel's push for private investment in Africa to boost its sluggish economies through individual one-on-one contracts between rich nations and African countries has not been very successful.

A new approach is therefore needed. Germany must be a leader both in reinstating confidence in the EU project and in taking a clear lead in seeking sustainable solutions to the conflicts afflicting many African countries.

Countries such as Cameroon, where Germany has historical ties through colonization, ought to be a priority. So far, Germany's role in conflict resolution has been passive, but the changing dynamics of the world today suggest that such an approach will hurt German policy objectives in the region.

There may be little cause for optimism that the incoming German government will make Africa a priority. But if it's going to deliver on the election promises to the German people, it must take a holistic approach that recognizes the causality between Germany's peace and prosperity and that of others.

Prioritizing Africa will be in the best interests of the new chancellor. It can not only help to solve the continent's problems, but also provide a spark for Germany's economy.