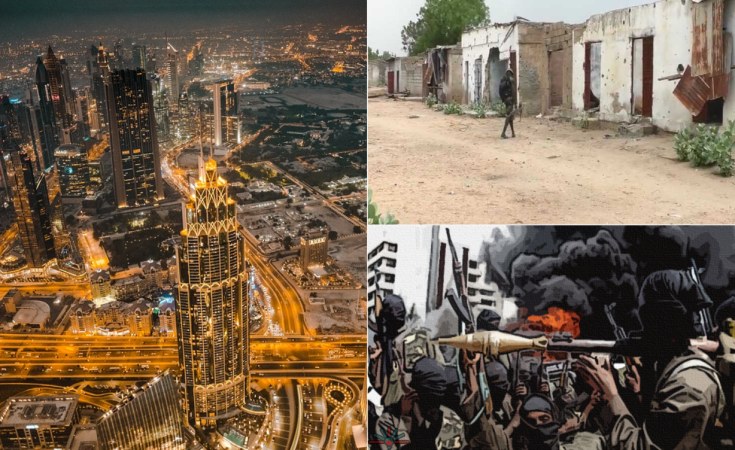 Six Nigerians are six among individuals whom the UAE recently suspected to be terrorist financiers.

The federal government is not interested in naming and shaming sponsors of terrorism, presidential spokesperson, Femi Adesina, has said.

Mr Adesina, who made the statement during an interview on Channels Television on Monday, said the government is more interested in ensuring that those found guilty will be brought to book.

He was responding to questions on possible topics of discussion that President Muhammadu Buhari will have at the United Nations General Assembly scheduled to begin on Tuesday.

Specifically, the presidential aide was asked if the president will address the recent move by the United Arab Emirates to place six Nigerians on terror list.

The Nigerians are six of 38 individuals whom the UAE suspects to be financiers of terrorism.

But in his response, Mr Adesina said the government will not name and shame such people.

"Nigeria is not interested in naming and shaming anybody. Rather, it wants to bring them to justice.

"You see that the UAE had released some names and the AGF has responded saying that in due course, all these people will have their days in court. Rest assured that justice will have its way."

He further disclosed that investigation on the issue is underway at different levels.

"Different security agencies would be working on it so that when those people eventually appear in court, there will be what the lawyers call a prima facie case against them."

Mr Adesina was also asked if there are possibilities that the president would seek more funding from leaders of different countries at the UNGA.

Although no direct response was given, Mr Adesina said bilateral meetings would be held between the president and president of other countries and issues discussed will be pursued through the "back door."

He also assured that the Buhari administration borrows for the sake of developing the nation and not to steal "like other governments."

"You don't go to the UN to seek borrowings. There will be bilateral meetings with other presidents and whatever comes up there, will be done through the back door.

"Buhari is aware that Nigerians are complaining of the plenty borrowings. He says it at FEC meetings. He says he knows people are saying we are borrowing too much.

"This administration borrows for developments. And at the end of the day, the evidence and proofs are there to show what the money has been used for. Largely, the borrowings are for capital (projects)."

The president in a letter last Tuesday, sought the approval of the Senate to borrow another $4 billion (4,054,476,863) and €710 million loan from bilateral and multilateral organisations to fund the deficit in the 2021 budget.

While he said the loan request was an addendum to the 2018-2020 borrowing plan, he also asked the lawmakers to approve grant components of $125 million.