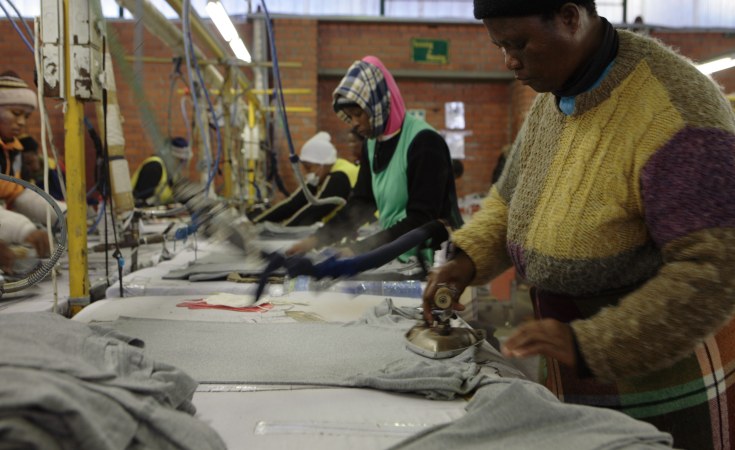 Washington, DC — U.S. trade policy toward Africa is facing a conundrum. Much has changed in the two decades since the African Growth and Opportunity Act (Agoa) set the framework for trade between the world's largest economy and its poorest continent.

Many observers advocate new policies to increase U.S.-Africa trade and investment, especially with Agoa expiring in 2025. Yet the policy path is less clear than when Agoa became law, and the prospects for a substantial African trade initiative gaining political support are more challenging.

When Congress passed Agoa in 2000, the rationale was clear. The United States could no longer ignore Africa, and its 'aid only' policy was bound to fail, perpetuating the continent's economic marginalization. It made no sense to impose tariffs on the world's poorest economies, crimping development.

Among the bipartisan cadre of legislators who developed this preferential trade program, and its supporters, including African ambassadors in Washington, there was a zeal to treat Africa fairly. Even still, Agoa was a hard-fought legislative battle over several years.

Today, unfortunately, Congress is less equipped to do the work needed to develop and pass bills. Especially with Covid-19, legislators spend less time in Washington building the personal relationships that drove Agoa. You can't build an Agoa-like coalition and legislate very well on Zoom. Some in Congress are dedicated to Africa, for sure, but the Agoa coalition was exceptional.

One issue with potential to motivate Congress on African trade is China. Eight Republican Senators recently wrote the Biden administration asking that it prioritize the U.S-Kenya free trade negotiations that the Trump administration initiated. They cited growing economic competition with China (and Russia) in Africa as reason to finish the deal.

While China can unify Democrats and Republicans, it's unlikely to move the needle on Kenya. And rather than being encouraging, the letter, signed by no Democrats, suggests partisan division new to Africa trade policy, even though the prod is understandable.

The Biden administration has been slow to take up an Africa trade agenda, electing to first hear "an expanded cross-section of voices, values, and potential solutions," U.S. Trade Representative Katharine Tai recently told the Corporate Council on Africa. With the White House looking ambivalent, there is growing unease in Kenya, especially after Ambassador Tai met with her Kenyan counterpart in August and alluded to new U.S. negotiating priorities.

Advancing African trade will be further challenged by the expiration of the administration's Trade Promotion Authority this past July, making Congress more difficult to navigate. Meanwhile, China's determined economic engagement all over Africa has exploded since Agoa's passage.

To be fair, forging an Africa trade policy isn't easy. Since Agoa became law, there are new players and emergent economies in Africa. Europe has moved away from preferential trade, seeking reciprocal benefits. Sub-Saharan Africa is 46 countries with different levels of development.

This year, the African Continental Free Trade Area went into force, and U.S. trade policy should be in sync with this ambitious agenda. Add in regional trading blocs and maneuvering the trade field is even more challenging.

In forging economic relations with Africa, the United States could prioritize sectors, a theme of a recent Senate hearing on trade with Africa . The Power Africa program has successfully focused on building Africa's energy infrastructure. Take that cue, some suggest, and target development programs on digital commerce, financial services, and media and entertainment, or other areas where U.S. companies can compete in Africa. These priorities could guide trade policy too.

Competition with China could help drive an Africa trade agenda, but supporters must first figure out the policy.

First and foremost, don't undermine Agoa benefits. While poor infrastructure, high shipping costs, and weak rule of law have hampered Agoa, it has had significant successes. South Africa is exporting nearly a billion dollars of automobiles and agricultural items to the U.S. Using Agoa's apparel benefit, Lesotho's textile and apparel industry is providing 40,000 jobs, mainly to women. Without Agoa, these jobs surely would be in Asia. Namibia has seen its beef exports to the U.S. take off, with significant expansion predicted. Agoa benefits should not be treated lightly as Africa struggles, especially with Covid-19.

A mixed trade policy is a likely outcome. Some preferential benefits of Agoa, such as its apparel provision, could be extended, others phased out, and others allowed to expire. Some argue to expand Agoa to sugar, cotton, and other agricultural items, a bold idea. Bilateral agreements with select African nations are possible, as is an agreement with AfCFTA.

No progress will come easy though. Africans will have their say. The Biden administration is rethinking trade, bolstered by some evidence that agreements have not been very important to the U.S. economy, adding uncertainty. Meanwhile, Republicans are not as supportive of free trade since the Trump presidency.

Competition with China could help drive an Africa trade agenda, but supporters must first figure out the policy. Then there is the difficult political environment in Congress and the administration left to tackle.

This isn't intended to discourage but to prod a serious and immediate effort on behalf of U.S. economic engagement in Africa. 2025, and China, aren't waiting.

Tom Sheehy served on the staff of the Foreign Affairs Committee in the U.S. House of Representatives, the last six years as its staff director.

Previous Story
Next Story
Development Policy Needs to Be DARPA-fied