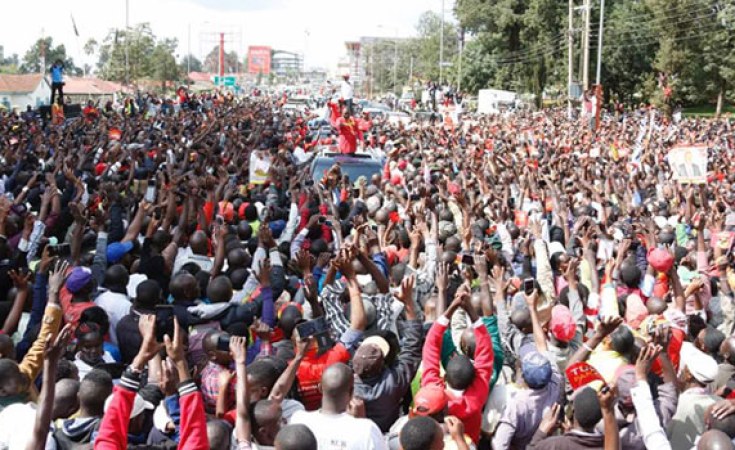 MPs plot to amend the law to keep secret campaign donors and election spending, dealing a blow to efforts to enforce accountability in poll financing.

A month after rejecting an attempt by the electoral commission to impose spending caps on campaigns for various elective seats, the National Assembly now wants to amend the Election Campaign Financing Act to ensure poll money handled by candidates and parties is confidential.

A Bill by the Constitution Implementation Oversight Committee (CIOC) seeking to amend the Act to ensure that sources of funds and expenses by politicians during campaigns are kept confidential is set to be introduced to the House.

The committee is opposed to the requirement by the electoral commission that the identity of donors of political parties and candidates should be revealed.

"The objective of the Bill is to amend the Act, 2013 to align its provisions with the Elections Act, 2011 and further propose amendments that will enable its implementation as the current provisions do not take cognizant of current socio-economic and political structures which have hindered the full implementation of the law," says the Bill.

While the proposed law provides for submission of expenditure reports by candidates and parties to the commission as well as disclosure of funds including by a referendum committee, the confidentiality clause denies public access to such information, which defeats the spirit of the law.

It's the same scheme MPs exploit to ensure their wealth declaration that was meant to be public to facilitate scrutiny is kept secret in Parliament.

The development is a further onslaught to efforts to promote transparency in campaign financing, coming weeks after MPs rejected the Election Campaign Financing Regulations published by the Independent Elections and Boundaries Commission (IEBC).

IEBC had spelt out spending limits for those vying for the posts of President, governor, MP and MCA.

Given how unpopular the action to ensure secrecy is and the attendant public backlash, MPs who spoke to the Nation yesterday disowned the Bill and vowed to shoot it down despite the unanimity with which they rejected the electoral commission's regulations.

They argued the Bill undermines the spirit of accountability needed to ensure that dirty money does not find its way in the political arena during campaigns.

The MPs added that if enacted, the Bill will ensure that aspirants with deep pockets will have undue advantage over their counterparts during elections.

"We are commercialising these positions if we spend millions of shillings to get them. I wonder why one would spend Sh100 million to get a position where in five years he will earn Sh42 million. This means he will get the balance of Sh58 million through looting of public funds," Mr Mbadi said.

Kitui Central MP Makali Mulu said the world is operating in an era of accountability and politicians cannot run away from it, noting that full disclosure is a way of dealing with corruption.