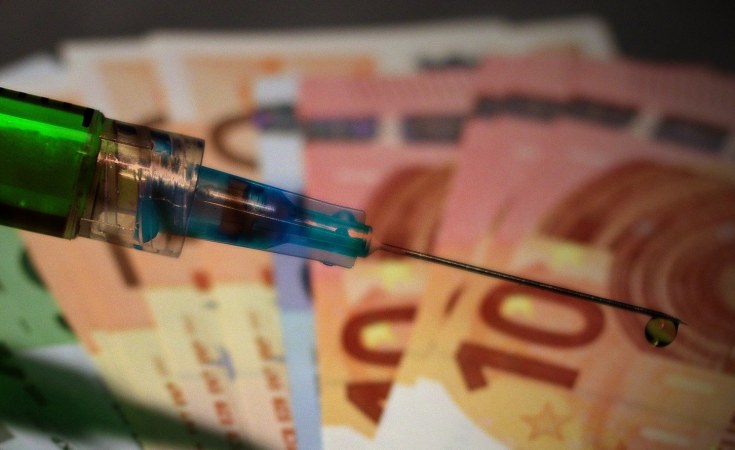 Six companies at the helm of the global Covid-19 vaccine roll-out are fuelling an unprecedented human rights crisis because of their refusal to waive intellectual property rights and share vaccine technology, with most of the companies failing to prioritise vaccine deliveries to poorer countries, Amnesty International said today in a major new report (22 Sept).

In the 64-page report, A Double Dose of Inequality: Pharma companies and the Covid-19 vaccines crisis, Amnesty investigated six of the companies that hold the fate of billions of people in their hands: AstraZeneca plc, BioNTech SE, Johnson & Johnson, Moderna, Novavax and Pfizer. The findings paint a dismal picture of an industry that is woefully failing to respect human rights.

Out of 5.76 billion doses administered worldwide, a minuscule 0.3% have gone to low-income countries, with almost 80% being delivered to upper-middle and high-income countries. Despite calls to prioritise and collaborate with COVAX, the international initiative attempting to ensure a fair global vaccine allocation, some of the companies have instead continued to top up vaccine supplies for wealthy countries already known to be hoarding vaccines.

"Amnesty's report makes it abundantly clear that rich countries and big pharma are shamefully failing poorer nations. We urge the UK's new Vaccines Minister, Maggie Throup, to scale up support to the billions of people around the world who have not yet received a single dose, and ensure pharma companies put people before profit by sharing vaccine technology.

"The UK positioning itself as a 'force for good' in the world will never be credible if its approach to vaccine sharing continues. By the end of this month the UK will be sitting on 26 million surplus doses it does not need, increasing to over 70 million by the end of the year, as deliveries pile up that could be used to save lives elsewhere.

"Without equal access to vaccines across the planet, more variants are likely to mutate and spread in lower and higher income countries alike.

"The UK's new Vaccines Minister has an opportunity to take action that could save millions of lives. We call on her to urgently to commit to sharing surplus vaccines and support the sharing of vaccine technology."

Amnesty reviewed each of the big pharma companies' human rights policy, vaccine pricing structure, their records on intellectual property, knowledge and technology sharing, the allocation of available vaccine doses, and their overall transparency - finding that, to differing degrees, all six of the vaccine developers had failed to meet their human rights responsibilities.

To date, the companies in Amnesty's report have refused to take part in international initiatives designed to boost global supply by sharing knowledge and technology. They have also opposed proposals to temporarily lift intellectual property rights, such as the World Trade Organisation Trade Related Intellectual Property Rules (TRIPS) Waiver proposed by India and South Africa.

Amnesty wrote to each company before publication. Five companies - AstraZeneca, Moderna, Pfizer, BioNTech and Johnson & Johnson - responded. The companies acknowledge that fair and equitable distribution - particularly in low-income countries - is essential, but all the companies have failed to meet these aspirations and fulfil their human rights responsibilities.

"Vaccinating the world is our only pathway out of this crisis. Now should be time to hail these companies - who created vaccines so quickly - as heroes.

"But instead - and to their shame - big pharma's intentional blocking of knowledge transfer and their wheeling and dealing in favour of wealthy states has brewed an utterly devastating vaccine scarcity for so many others.

"Their actions are plunging parts of Latin America, Africa and Asia into renewed crises, pushing weakened health systems to the very brink and causing tens of thousands of preventable deaths every week. In many low-income countries not even health workers or at-risk people have received the vaccine."

"Against the backdrop of these gross inequalities, BioNTech, Moderna and Pfizer are set to make US$130 billion combined by the end of 2022.

"Profits should never come before lives."

To coincide with the publication of today's report, Amnesty is launching a global campaign - backed by the World Health Organisation and UN High Commissioner for Human Rights - to hold countries and pharmaceutical companies to account. The "100 Day Countdown: 2 billion Covid-19 vaccines now!" campaign is demanding that the World Health Organisation's target of vaccinating 40% of the population of low and lower-middle income countries by the end of the year is met.

Amnesty is calling upon countries to urgently redistribute hundreds of millions of excess vaccine doses currently sitting idle, and for vaccine developers to ensure that at least 50% of doses produced go to these countries. If rich countries and big pharma companies continue down their current path, there will be no foreseeable end to the pandemic.

"Today marks 100 days until the end of the year. We're calling on states and pharmaceutical companies to drastically change course and to do everything needed to deliver two billion vaccines to low and lower-middle income countries starting now.

"No one should spend another year suffering and living in fear."