Cameroonians Call for Cease-Fire in Conflict Zones On Peace Day 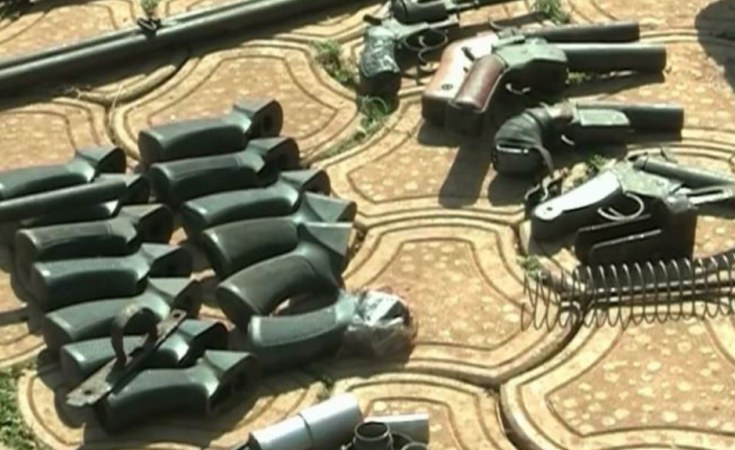 Yaounde — For this year's U.N. World Peace Day (September 21), thousands of Cameroonians have called for a cease-fire between the military and separatists. People who marched in several cities and towns said they were tired of burying civilians caught up in the fighting. But the conflict is not likely to end soon.

The song, "We want peace," by Cameroonian performer Salatiel blasted through speakers in Yaounde, capital of the central African country, on 2021 World Peace Day.

In the music, Salatiel says Cameroon needs immediate peace without which the entire country will sink into ruins.

Esther Njomo Omam, director of the non-governmental organization Reach Out Cameroon, organized the rally. She says Cameroonians should give peace a chance.

Similar peace walks took place in Buea, Bamenda and Kumba, all cities in western regions, where armed separatist groups are active, and the northern towns of Maroua, Garoua and Ngaoundere, all close to Cameroon's border with Nigeria, the site of many incursions by the militant group Boko Haram.

The government said a majority of people who took part at the peace walks were women affected by the crises. Some of them said they lost family members in the crises.

"I am begging that our children, our young brothers, our sisters who are in the bush exerting or preparing to come and exert violence should give up violence, leave the bush because we have all become beggars of peace. So I am pleading for all of us to do all that is within our reach so that our beloved country can become a land of peace," Ondoa said.

Rose Mary Etakah of the Cameroon Civil Society took part in the peace walk in Yaounde. She said the armed conflicts in Cameroon will not end unless there is a cease-fire.

"Within five years, we have had guns, we have had an increase in weapons entering the country and we do not know who are carrying these weapons. We don't know the number of people that are armed, so I think it is better to stop it now, so that by the time we retrieve the guns, maybe it will be less than if we allow it to go further," Etakah said.

The United Nations General Assembly declared the annual observance of International Day of Peace in 1981. The day is devoted to strengthening the ideals of peace, through observing 24 hours of cease-fire and non-violence.