East Africa: What Sudan and South Sudan Stand to Gain By Reopening Their Border 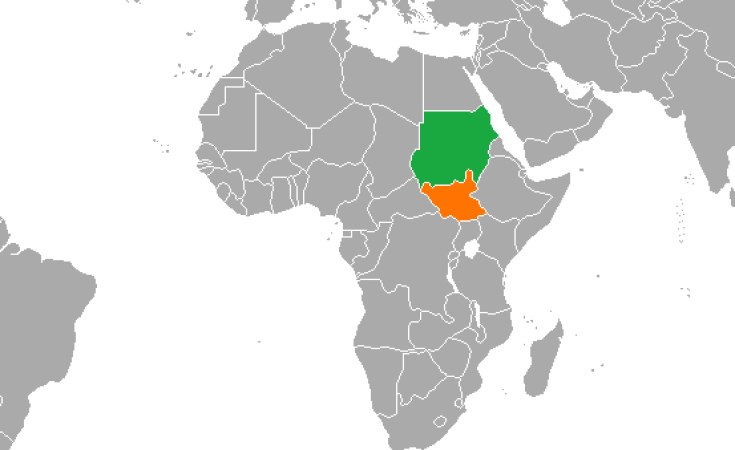 The border between Sudan and South Sudan is set to be reopened after 11 years. This follows the two countries reaching an agreement in August to end the decade-long impasse.

The announcement reflects the inseparable interdependence of the two countries. Both have suffered economically as a result of the closure.

The closure was devastating for both countries. South Sudan is landlocked and depended on the exportation of crude oil through Sudan. For its part Sudan had relied on fees from South Sudan's oil export and the export of consumable goods to South Sudan.

Previous efforts to open up trade between the two countries failed. The difference this time was that the agreement specified which four border crossing posts would be opened. They are Jebeleen-Renk, Meriam, Buram -Tumsah and Kharsana-Panakuac. The deal also put a set time line in place for implementation.

The decision to allow cross-border trade is likely to be well received, particularly by the communities living along the borders. The opening of trade relations will bring economic benefits, such as creating jobs, supporting livelihoods and contributing to food security. It it also expected to promote peace and social relations between communities living along the borderline.

Nevertheless, cross-border trade faces immense challenges. This includes unnecessary taxes, administrative barriers and corrupt practices at the border. These will need to be addressed.

There must be political will and the appropriate macroeconomic policies must be put in place. These include improved governance, improving the enabling environment for trade and economic diversification and designing and implementing private sector development policies.

Finally, institutional capability needs to be put in place to enable bilateral trade and to strengthen private sector.

The border between Sudan and South Sudan itself isn't delimited or defined. In 2005 the Sudan Comprehensive Peace Agreement provided mechanisms for delimiting and demarcating the boundaries. But the process failed because the parties involved couldn't reach a political settlement on the disputed and contested border areas.

The brute cause of conflict over the borders could largely be attributed to the acceptance of the 1956 British colonial border as a reference. But this border was drawn up arbitrarily by the British colonial powers. This meant that attempts at establishing a new border between the two states got off to a rocky start.

There are 11 border states; five in the South Sudan and six in the Sudan. They may make up about half of the population of the two new Sudans.

Prior to the secession of South Sudan, the rural livelihoods of people living in the 11 states were dependent on free trade and movement across the boundaries. This was particularly true of the pastoralist communities.

These boundaries straddle with the desertification zone of Sub-Saharan Africa in Sudan. Most vegetation area lies in Southern Sudan. Also, most oil reserves are found along these borderlines of the two countries.

The open border trade between northern and southern Sudan constituted the major non-oil trade with agricultural items dominated such trade.

With the secession of South Sudan, most oil reserves and vegetation became part of the new nation and deprived Sudan from such strategic resources. War erupted in 2012 between the two countries over the disputed border oil-rich area of Panthou/Heglig. It was this that led to the closure and disruption of the cross-border and free movement.

Among the worst affected were Sudanese pastoralist communities - an estimated 1 million households. Their lives were disrupted and constrained as they were dependent on seasonal migration to South Sudan during the dry season for pastures and water for their livestock.

Both countries incurred enormous loss of oil proceeds. South Sudan was particularly hard hit because it is entirely dependent on oil revenue and export of its crude oil through Sudan.

Sudan lost out too. The border closure meant that it squandered its strategic and competitive trade position with South Sudan. This meant that it lost loyal South Sudanese consumers who are used to Sudanese products.

Despite the closure of the borders, the traders and Arab pastoralists devised informal paths and mechanisms for trade and movement. The African Union also got involved and mediated a "soft borders" agreement between the two countries. This resulted an agreement being signed in 2012.

The agreement allowed citizens of both states to enjoy four freedoms: "freedom of residence, freedom of movement, freedom to undertake economic activity and freedom to acquire and dispose property".

But it failed to see the light because of a lack of political will, fragile legitimacy and shortsighted political calculation of political elites of the two countries.

The tide began to turn in 2019 after the popular uprising in Sudan in 2019 that ousted one of the most autocratic regimes in Africa. This opened new opportunities for relationship with South Sudan, including the "softer borders".

The new political environment was further helped by the new leadership in Sudan under Prime Minister Abdalla Hamdok. A seasoned and experienced economist, he grasped the strategic importance of reviving "soft border" and having the border issues resolved.

The two countries have also agreed to high-level committees to resolve the tricky issue of the status of the Abyei Area. As it straddles the border of the two countries with rich oil reserves, Abyei is not only economically desirable by the two countries but it is also critical for stability along their border.

The issue should be easy to resolve. The African Union has provided a solution by proposing that the area is to be declared a free border economic zone.

The two countries may also need to consider the four freedoms as provided for in the 2012 Border Issues Agreement, "freedom of residence, freedom of movement, freedom to undertake economic activity and freedom to acquire and dispose property".

This could lead to the future economic integration of the two Sudans.