Namibia: Reparations Should Not Divide Us - Kapofi 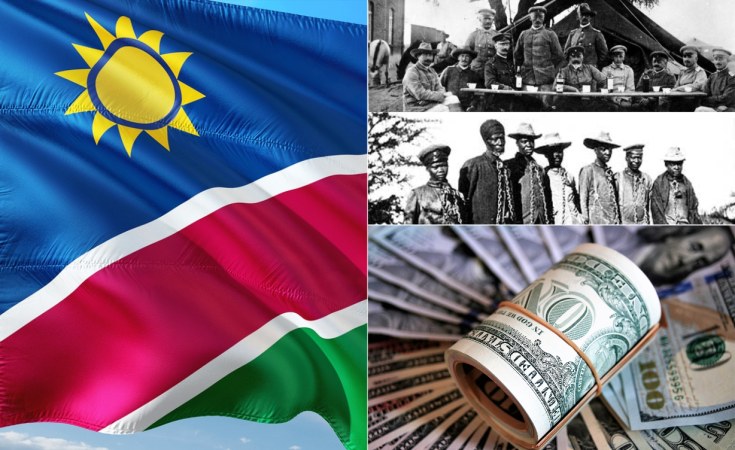 Defence minister Frans Kapofi has called for cooler heads to prevail when debating the contentious genocide agreement in parliament.

The long-awaited motion on the genocide reparation pact between Namibia and Germany was finally tabled in the National Assembly by Kapofi yesterday.

The German offer is before parliament for ratification.

Kapofi highlighted the genocide issue should not divide people, adding Namibians must avoid making statements or acting in a manner that divides rather than unite the nation.

Fired up members of the opposition as well as affected communities have lashed out at the Namibian and German authorities by roundly rejecting the agreement, which included the European nation committing to fund projects in the country amounting to N$18 billion.

However, Kapofi called for tolerance of divergent, sometimes strong views, on the matter.

"We must not act as if we are oblivious of the fact that even in the affected communities, there are strong and divergent views," said Kapofi.

"We, as government, are candidly aware and we were not under any illusion that the negotiation will be an easy one because of various factors which made it difficult to achieve the desired outcome like the said period of time (spanning over a century) that has passed from when the genocide was committed to the negotiation."

"A separate vehicle will be established by the two governments to implement the reconciliation and reconstruction programme to the benefit of the affected communities," Kapofi told lawmakers.

Kapofi said the parties have agreed that following the admission of responsibility by the Federal Republic of Germany, the apology to be tendered must be accompanied by payment of reparations.

"Reparation, however late it could turn out to be, is important to the cause of justice for victims, particularly victims of heinous and odious crimes such as genocide. We must be careful not to turn this discussion of serious into a reason of recipe of disunity or instigating communities against each other. This is a national project where everyone's view is worth listening to. We must discuss this issue and conclude in a dignified manner to posthumously pay homage," he stated.

The Namibian government decided to take up the issue on a state-to-state basis because international practices dictate that non-state actors could not effectively negotiate with state actors and that is what prompted then president Hifikepunye Pohamba to assume responsibility of communicating to the Chancellor of Germany, Angela Merkel, in pursuit of the genocide for the benefit of the affected communities.

Kapofi added that Namibia did not have the luxury of negotiating under favourable conditions like the Jewish people.

Tens of thousands of Namibians, mainly the Nama and Ovaherero, were killed in what is called the first genocide of the 20th century.

German troops massacred and displaced tens of thousands of Namibians in 1904-1908. In 2015, the two countries started negotiating an agreement that would combine an official apology by the German as well as reparations.