Africa: 'We Can End the Pandemic', UN Chief Says in New Call for Global Vaccine Plan 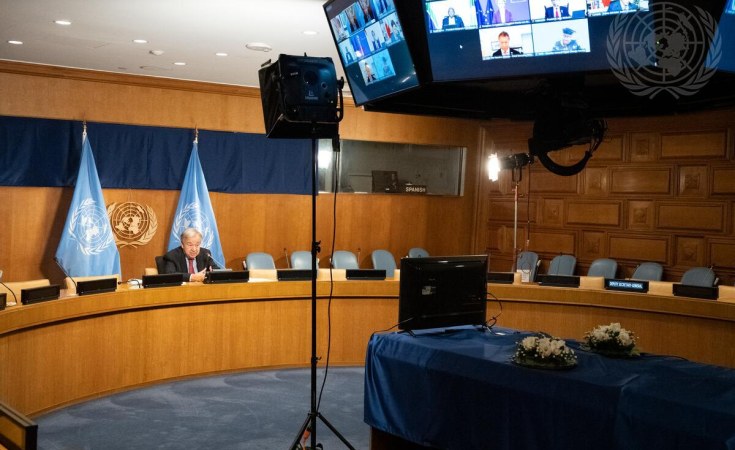 UN Secretary-General António Guterres on Wednesday repeated his call for a global COVID-19 vaccination plan to boost production and reach millions over the coming months, in line with recommendations by the World Health Organization (WHO).

Speaking at a summit on the global pandemic, hosted by United States President Joseph Biden, the UN chief stressed that the move is not philanthropy, but self-interest.

"Global health security until now has failed, to the tune of 4.5 million lives, and counting. We have effective vaccines against COVID-19. We can end the pandemic," he told the online meeting.

At the summit, the US pledged to donate next year some 500 million more doses of Pfizer-BioNtech shots to developing countries, with Mr. Biden promising an "arsenal of vaccines". This would reportedly bring the total US commitment to sharing doses above the one billion mark.

Although more than 5.7 million doses have been administered globally, 73 per cent have been in just 10 countries, and just three per cent of people in Africa have had innoculations.

The G7 leading industrial nations recently pledged a billion doses, but this represents a fraction of what is needed, and has yet to fully materialize.

"And while vaccines were developed with public funds, they are emerging as a $100 billion industry, with middle-income countries spending hundreds of millions of dollars to immunize their people in a seller's market", said Mr. Guterres, adding "This is not only disappointing. It is baffling."

The Secretary-General continues to push for the global vaccination plan, expressing hope that the US summit would be "a step in that direction".

His plan calls for at least doubling vaccine production to ensure 2.3 billion doses are equitably distributed through the vaccine solidarity initiative, COVAX.

The goal is to reach 40 per cent of people worldwide by the end of this year, and 70 per cent in the first half of 2022, per targets set by WHO.

The UN chief said the plan could be implemented by an emergency team that will work with pharmaceutical companies to double vaccine production and ensure equitable distribution.

Membership would include vaccine producing countries, and those with production potential, as well as WHO, COVAX partners, international financial institutions, and the World Trade Organization (WTO).

"This is necessary to solve the problems of intellectual property, the problems of technical support to the countries that can produce vaccines but need to be sure that they have all the safety guarantees in their production and, together, the power and the money that the group of countries I mentioned have," said Mr. Guterres.

Looking ahead, he warned that the next pandemic cannot be managed "with tools tailored to the past."

He urged countries to use recommendations made by the Independent Panel for Pandemic Preparedness and Response as a starting point for urgent reforms to strengthen global health.

"The World Health Organization must be empowered, its authority enhanced and better funded so that it can play a leading role in coordinating emergency response," said the UN chief.

"Global health security and preparedness must be strengthened through sustained political commitment and leadership at the highest level. Low and middle-income countries must be able to develop and access health technologies."