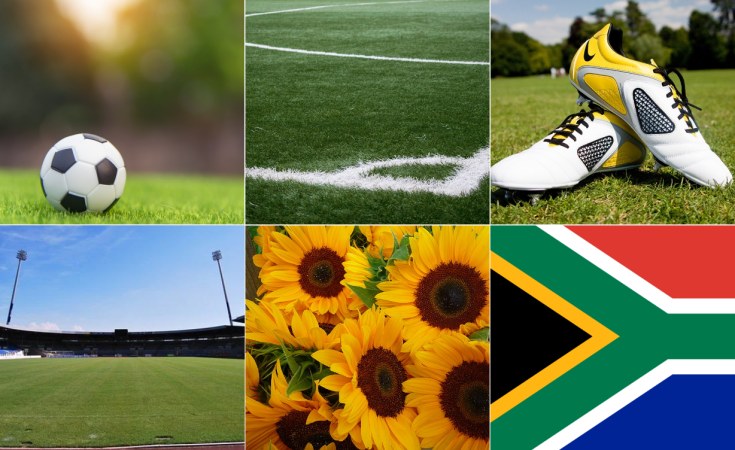 South Africa coach Desiree Ellis has praised the COSAFA Women's Championship for helping to develop depth in her squad following their stunning performance at the Aisha Buhari Cup this past week.

Banyana Banyana defeated Ghana 3-0 on Friday and followed that up with a 4-2 success over hosts Nigeria on Tuesday to sound a warning to the rest of the continent that they are a team on the rise.

Ellis had many of her overseas-based players back, some who had been absent for almost two years due to the COVID-19 pandemic, but also included a number of players who have shone at the COSAFA Women's Championship in recent years.

She says the regional tournament has done much to help her groom players for international football, and the matches at the Aisha Buhari Cup against some of the continent's best teams was a natural progression for them.

"Tomorrow is a new focus, it is the COSAFA Women's Championship, and we will take the lessons we have learnt here, especially the players we have going to the COSAFA tournament, to grow that group again," Ellis said.

"We showed at last year's COSAFA that the players that have come through needed to be tested and I think we have got the mix in this tournament of the youth and experience.

"I was very excited for the players that have come through from COSAFA to play away from home, this makes it even bigger, that we won away from home."

Ellis and her side will be chasing an unprecedented fifth title in a row in the 2021 COSAFA Women's Championship that will be staged in Nelson Mandela Bay from September 28-October 9.

She will be without most of her overseas contingent, though veteran defender Janine van Wyk will be available. Banyana tackle Malawi (Sept. 28), Angola (Oct. 1) and Mozambique (Oct. 4) in Group A.

They will also play Mozambique in the first round qualifiers for the 2022 Women's Africa Cup of Nations next month.

As for the victory over Nigeria, Banyana were 3-0 up at halftime, but then had to weather a storm early in the second period as Nigeria scored two quick goals. But Ellis' side were able to see out the game and add a fourth goal.

"Into the second half, we discussed they would come, we needed to concentrate and make we put our foot on the ball, but we didn't do that. We tried to calm it, the two [Nigeria] goals came quickly - we made errors - and we played the way we should not have.

"But the players showed a lot of confidence and character to take the game back, we made some positional and tactical changes. Then it all came together again. We managed the game very well.

"The victory is not just for us here in Nigeria, it is for everyone back home in South Africa who have contributed to women's football. The coaches that have put in the hard work with the players.

"We wanted to test ourselves, but we need to now be consistent in what we do. Nigeria have been consistent [in winning] over a number of years and we mustn't forget they will be back.

"They have proven over a number of years they are the best on the continent and to be put in that same bracket we need to be consistent against the better teams."