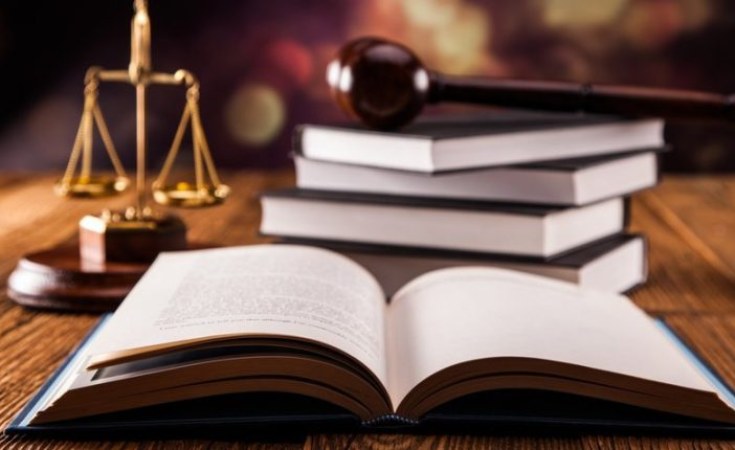 "Taylor sent Benjamin Yeaten to Ganta to put things under control... Yeaten's deputy was the first that stabbed Bockarie on the back. He escaped in a cocoa farm but was overpowered and beaten to death." - Witness X5

MONROVIA, Liberia - A witness testifying before a Finnish Court in the ongoing war crimes trial of Gibril Massaquoi has told judges that the former Sierra Leonean rebel leader Sam Bockarie was shot, stabbed and beaten to death by Benjamin Yeaten, then-Liberian President Charles Taylor's Director of Special Security Service(SSS) on Taylor's orders. The incident occurred in 2003 in a village in Nimba County, the witness said.

The witness, codenamed "X5" to protect him from retaliation, said as soon as Taylor learned that Bockarie had intended to go back home to Sierra Leone, he ordered Yeaten to act. The UN-backed Special Court for Sierra Leone had begun investigations and Taylor believed that Bockarie might testify against him. Bockarie's death, the witness said, paved the way for Massaquoi, a fellow Sierra Leonean commander with the Revolutionary United Front who was stationed in neighboring Ivory Coast, to cross over to Liberia to help Taylor fight the LURD rebels.

"Taylor sent Benjamin Yeaten to Ganta to put things under control," said X3. "When Yeaten and Bockarie met, he asked Bockarie to take a walk with him to brief him. On the walk Yeaten's deputy was the first that stabbed Bockarie on the back. He escaped in a cocoa farm but was overpowered and beaten to death."

Samuel Sam Bockarie, widely known by his nom de guerre, 'General Mosquito', was a Sierra Leonean commander who served as a leader of the Revolutionary United Front (RUF), the rebel group that fought a failed 11-year war to overthrow the government of Sierra Leone and fought closely with President Taylor. Bockarie was infamous during the Sierra Leone civil war for brutal tactics, which included amputation, mutilation and rape.

It was reported at the time that Bockarie, then a fugitive wanted by the UN-backed Special Court for Sierra Leone, was offered sanctuary in Liberia by Charles Taylor. This is not the first time a witness has accused Taylor of giving the order to kill Bockarie. The government, at that time, said he was killed in a standoff with Taylor's forces by militia who wanted to turn him over to the Special Court.

However, in his testimony before the Special Court in 2008, President Taylor's Vice President, the late Moses Blah, told judges Mr. Bockarie was killed by Yeaten on the orders of Taylor to "destroy evidence" of Taylor's secret support to the RUF. Taylor would later deny his former VP's accusation.

Ironically, Bockarie's death was pivotal in Massaquoi's return to Liberia from neighboring Ivory Coast where he had linked up with Bockarie and fought in the Ivorian civil war. Massaquoi went on to give information about Taylor to investigators in Sierra Leone.

While in the Ivory Coast, X5 said Bockarie and his men captured the town of Mahn, and seized weapons which they brought to Liberia and helped Taylor's forces recapture Ganta, a commercial hub in Nimba County, from LURD. Bockarie, the witness said, died shortly after the Ganta operation.

X5 said he had earlier fought on the battlefront in Lofa County where he headed the 'Wild Geese,' a militia group that was supervised by Roland Duo, the commander of the Navy Division. While in Lofa, he said the RUF leaders including the late Foday Sankoh and Bockarie commanded their men and fought alongside Taylor's forces.

He claimed that some of Taylor's generals in Lofa were Roland Duo, Jack-the-Rebel and Mark Guam. He said some of these men ate humans to instill fear in their enemies.

"When the Marines get there, they also eat human beings," X5 told the four-judge panel in his second appearance. "It's no joke about that. That's fighting tactics. They killed, designed body and eat them. That's what make them fearful when they are really fighting."

The court is in Liberia for the second time when it became clear that dozens of witnesses in the first hearing here in March were referring to battles that took place in 2003, outside the dates the indictment had originally listed for Massaquoi's alleged crimes.

Massaquoi, 51, is standing trial in Finland where he was living under an immunity deal with the Special Court for Sierra Leone when he was charged with war crimes and crimes against humanity during Liberia's civil war.

The inconsistency of witness' statements has been a major problem for the defense and prosecution cases. And it continues.

The account of Massaquoi's return to Liberia from Ivory Coast is in contrast to his previous testimony on Monday when he said he brought in Massaquoi from Sierra Leone at Bo Waterside in Monrovia.

He also claimed that while celebrating their victory against LURD in 2003, he and Massaquoi took several pictures that were damaged by the rain. On Monday, he said the pictures are available in Grand Gedeh County, and when given some time, he will go and get them.

Earlier, the first witness, a Sierra Leonean, said he was brought to Liberia by a friend named Emory who asked for his help to drive his truck. It was in Liberia that he discovered that Emory was one of Massaquoi's soldiers.

The witness said, although he did not come too close to Massaquoi because he was not a soldier, he saw him at few places including White Flower- Taylor's Monrovia residence and at Massaquoi's relative's house in Congo Town.

The trial continues on Friday.