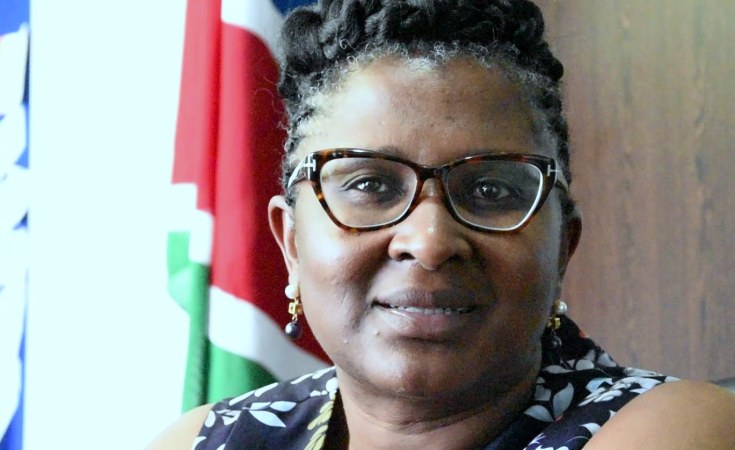 Independent Patriots for Change member and teacher Abed 'Bishop' Hishoono says he regrets publishing a video containing falsehoods against First Lady Monica Geingos and her involvement in a local airline.

"I regret publishing the video with little and not accurate information and that is why I issued a public apology to Mrs Geingos and her entire family and all those that are affected by what I said," said Hishoono in a witness statement recently filed in the High Court.

Hishoono is facing a N$350 000 defamation lawsuit from Geingos after a video in which he allegedly made "false suggestions, innuendos, insinuations [or] statements" about Geingos.

In the video, Hishoono alleges the First Lady corruptly influenced the planned liquidation of Air Namibia to protect and advance her own economic interests as she is a shareholder of Westair Aviation and was instrumental in its establishment.

Hishoono further alleges in the video, Geingos has a son with one 'Hatuikulipi' who is currently in prison. He went on to say Geingos' marriage to the head of state Hage Geingob was arranged by 'Hatuikulipi'.

In his witness statement, Hishoono claims he mentioned something which has been a "national hearsay that the first lady has a child, if not children with James Hatuikulipi who is also a friend of her husband, the President of the Republic of Namibia, Hage Geingob".

He said he has since apologised after realising that he had no knowledge of who fathered Geingos' children, as he has not seen the children's full birth certificates.

In relation to Westair, Hishoono said he did not have the latest and accurate information, that Geingos no longer had interest in FlyWestair. He said he made the video in February after hearing about Air Namibia's liquidation and was wondering where the nation was headed.

He said he has since issued a public apology in the same manner in which he made the allegations and has also deleted the initial video. In addition, he has also left all social media groups on which people kept circulating the video.

In the suit, Geingos argued Hishoono's remarks were false and defamatory and were intended to depict her as corrupt, greedy, selfish and as putting her own interest above the general interest of the Namibian people.

The sole purpose of Hishoono's alleged false allegations was to injure and harm her reputation and dignity for political reasons, Geingos claimed.

The matter is currently before High Court Judge Orben Sibeya for a pre-trial hearing.