Congo-Kinshasa: Over 40 NGOs Call on Donor Govts to Intervene to Stop New Logging Plans in the Congo Rainforest 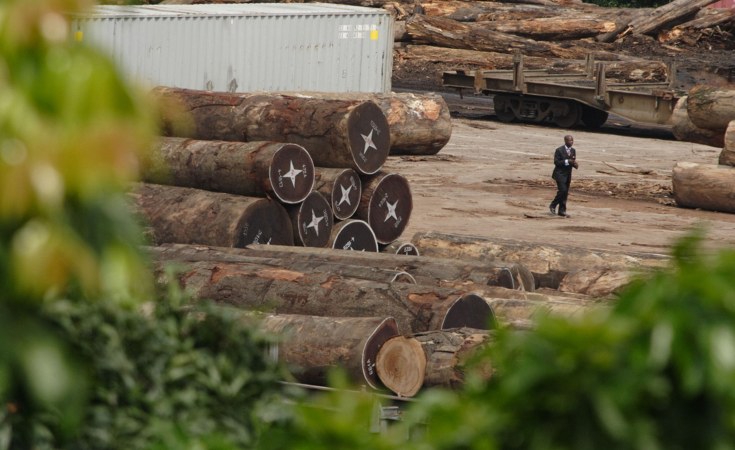 Kinshasa, 23 September, 2021 –  As international donors prepare to announce a purported 1 USD billion forest protection agreement with the Democratic Republic of Congo, the DRC government is planning to lift a moratorium on new logging concessions that threatens some of the last intact tropical forest on earth.

In a letter to the donor countries, more than 40 international and Congolese NGOs urge that future funding for forest protection in the DRC must be conditional upon renewal of the moratorium that has stood since 2002.

Lifting the ban would put at risk an area of rainforest the size of France, resulting in land grabs, social conflict and the exacerbation of the climate and biodiversity crises.

“We are standing on the precipice of an historic failure to protect one of the world's great rainforests - and possibly the last still serving as a carbon sink. Any expansion - rather than a scaling back of industrial logging - will inevitably result in an unstoppable ‘cascade of deforestation’, threatening millions of hectares of forest and the communities that depend on it.” warned Joe Eisen, Executive Director of Rainforest Foundation UK.

With less than six weeks to go before crucial international climate negotiations in Glasgow, dozens of environmental and human rights organisations, including Rainforest Foundation UK, Greenpeace Africa, and the national Indigenous Peoples network, DGPA, are appealing to donor governments to intervene.

The demand that any new agreement with the DRC government be conditional on a binding commitment to extend the moratorium is detailed in a letter sent today to the ministers of development, environment and foreign affairs in France, Germany, the Netherlands, Norway, South Korea, and the UK, as well as the European Commission. These are all members of CAFI (Central African Forest Initiative), which is negotiating the forest protection agreement with the DRC government.

“Industrial logging puts Indigenous Peoples and local communities at risk of displacement and swathes of biodiversity under existential threat. If donor governments give unconditional support to logging, that will endanger the forest on an apocalyptic scale. It would remove the last shreds of credibility from COP26,” said Irene Wabiwa, International Project Leader for the Congo Basin forest in Greenpeace Africa.

The NGOs’ letter comes after the council of ministers, presided over by DRC president Félix Tshisekedi, adopted the Vice Prime Minister and Minister of Environment Eve Bazaiba’s proposal to lift the moratorium in July.