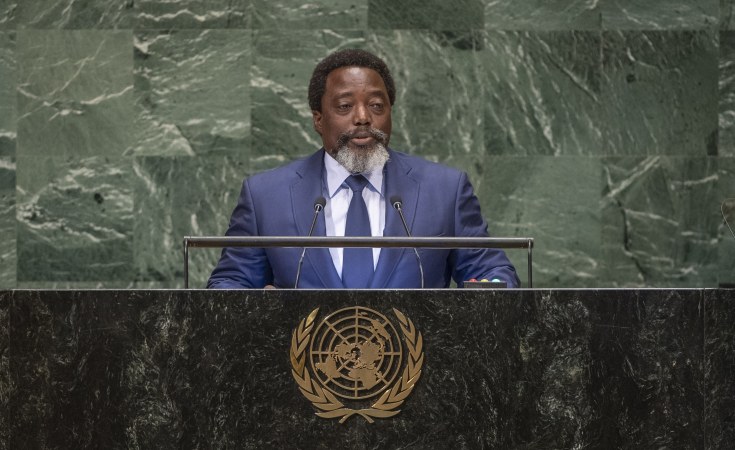 Former Congolese President Joseph Kabila could be in trouble after victims of his alleged misdeeds lodged a complaint at the International Criminal Court (ICC), accusing him of killing or torturing their relatives.

The complaint, filed on September 16, also targeted senior government officials in his regime, including Emmanuel Ramazani Shadary, a presidential candidate he supported in 2019 but who lost the election to Felix Tshisekedi.

Mr Shadary was minister for interior and security.

The complainants are relatives of victims of the 2016-2017 clashes between civilians and Congolese police and army officers in Kasai Central and Kasai provinces.

The victims of what is commonly referred to as the Kamuina Nsapu rebellion, which started in 2016, have asked the ICC prosecutor to investigate in order to convict "executioners and accomplices, but also to recognise the victims' right to compensation".

They say Kasai was the scene of war crimes and crimes against humanity for two years.

They allege that Kabila did not investigate the atrocities despite calls made to political and judicial authorities.

The group first lodged a complaint in 2019 with the Congolese army via the higher military auditorate of Kasai but was unsuccessful.

"Our association decided and filed this complaint against Joseph Kabila with the office of the prosecutor of the ICC in The Hague on behalf of 20,000 victims of the said crimes," said Mhyrhand Mulumba, head of the association.

Families of victims of Kamuina Nsapu particularly fault Kabila for "not having taken substantial measures to stop the aforementioned crimes in time, protect the victims and bring the perpetrators and accomplices to justice ".

Among those accused is Kalev Mutond, head of the intelligence services in Kabila's regime, who is now on the run.

Kabila's allies, however, have denounced the move to file a complaint with the ICC.

"Before you go to the ICC, you have to prove that the state did not want to take any action against the perpetrators," said Ferdinand Kambere, deputy permanent secretary of the PPRD, the party of the former head of state.

The rebellion began in 2016 as a local dispute over the nomination of a customary chief in Kasaï Central, before the agenda morphed into a bid to replace the Kabila regime.

But with time, spurred by the Congolese military's heavy-handed response to the rebellion, this escalated into an all-out uprising against the government led by Nsumbu Katende.

The Kamuina Nsapu rebellion eventually died down in 2019 after President Felix Tshisekedi came to power. He is considered a "son of the Kasaï", and many of the rebels decided to lay down their arms.