Africa: How Paying for Descendants of Dutch Slaves to Change Names Matters 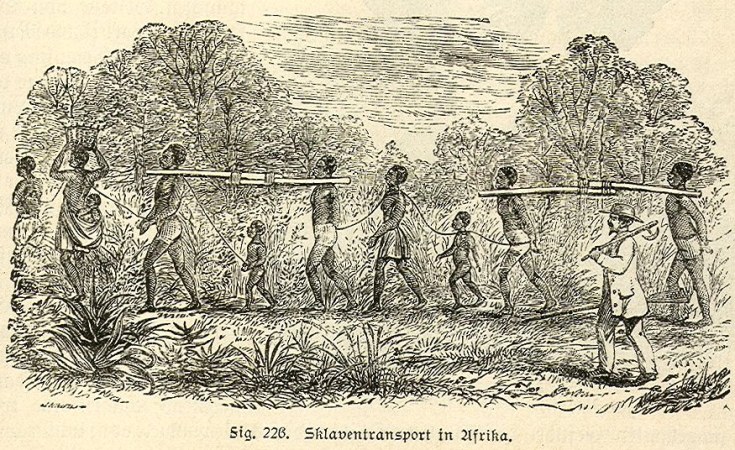 The fact that this name changing will be free of charge is seen as a small act of reparations. Not enough, but it is a start.

"What's in a name, that which we call a rose by another name would smell as sweet." - William Shakespeare, Romeo and Juliet

This quote from Shakespeare suggests that names themselves are just labels to distinguish one thing or person from another - it doesn't matter what something is called, it's what it is. As simple as that.

But is it this simple?

What if the name is a reflection of a painful history, for example slavery or colonial history? What if one surname was forced upon the ancestors, without any consideration of the culture, of who they were before slavery?

What if the given surname was never seen as an action to make amends with a horrible past but was randomly chosen - sometimes derived from the surname of a former plantation owner, but most of the times it's the result of a ridiculous combination of words?

In all these instances "the name" does matter. It is a silent witness of a brutal past we have yet come to terms with.

The city of Utrecht in the Netherlands has announced that it will grant citizens whose names are related to slavery or colonial history with the opportunity to change their surnames free of charge.

At this moment the process is very time-consuming, with several conditions to be met, like filling-in a detailed questionnaire and exposing the applicant to a psychological test. After all that, a non-refunded amount of €835 must be paid.

The new procedure has a lot of benefits for the descendants of enslaved and colonized communities. But most importantly, this action is perceived as a form of recognition of Dutch slavery and colonial history. The fact that this name changing will be free of charge is seen as a small act of reparations. Not enough, but it is a start.

But while the majority of the communities affected by the slavery and colonial history embrace the opportunity, a minority has its concerns: they fear that with the changing of their surnames the direct link with slave and colonial history will vanish. The name-changing act is seen as a way to "whitewash" history.

Another group will never change their names because of the fact that their surnames were a gift from their ancestors: the surname was an act of resistance, a celebration of defiance that took place from the minute that the ancestors were enslaved.

Examples of that can be seen in my own surname "Nooitmeer" which is intended by my ancestors to remind their descendants that they should never be enslaved. The surnames "Victorie" and "Vrijheid", translated as "Victory" and "Freedom", celebrate the heroic acts of the ancestors that led to the abolition of slavery.

A much smaller group has very practical reasons for not changing their surnames, even though these names are related to slave and colonial history: yes, they were given the names of the plantation owner, but they have mainly experienced benefits of having a Dutch sounding surname.

Research on discrimination in the labour market has shown that professionals with an ethnic background, and often an ethnic surname, have lower chances of being invited for a job interview. Changing one's Dutch sounding surname can have big financial and social consequences.

It is clear that we can't predict how many descendants of enslaved and colonized communities will eventually decide to change their surname. But whatever choice people make, what we know in the Netherlands is that there is no turning back.

Dutch slavery and colonial history, which spans at least 400 years, is high on the agenda and people in Holland are starting to relate to it. This initiative by the municipality of Utrecht is one of the many examples of this. By acknowledging the ills of the past, we can come closer to healing.

We want to hear from you: what critical stories and perspectives are missing from our coverage of systemic racism around the world?

Your responses to our short survey will help shape our reporting.

You can submit your response anonymously. If you provide an email address, we may follow up with you for more information. Any information you share with us will remain strictly confidential and will be used only in accordance with our Privacy Statement.